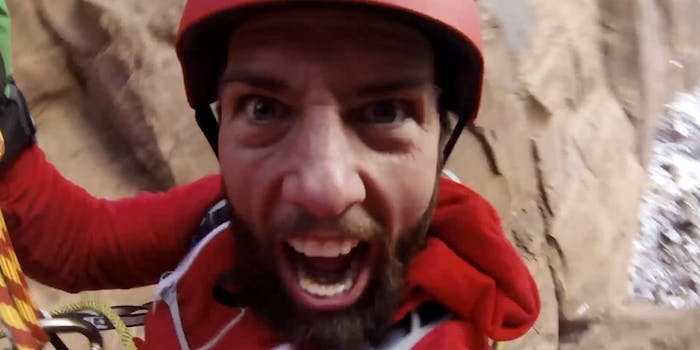 A group of thrill seekers (including ShayCarl) took to the canyons, rigged a rope line together, and jumped. Some people even attempted to walk across the rope, but one’s slip will make more than a few hearts skip a couple beats.

Jessica Chastain received an Oscar nomination for her role in Zero Dark Thirty, but what you didn’t know is Girls creator Lena Dunham previously auditioned for the role, and played it just like her Girls character. She’s too broke for therapy, tells the person she’s interrogating about Sophie and her Adderall, and attempts to take her clothes off.

Ke$ha and country music aren’t two things you’d normally put together, but thanks to the Postmodern Jukebox, it’s now a reality that could easily fit into the background of an old western movie.

The Apple iWatch has been rumored for ages, and while we’re no closer to actually getting it, Final Cut King imagines what it would look like. The technology and holographics make the product appear straight out of The Jetsons.

The Community crew aren’t the only ones who can do paintball. Audi powers up two of their cars with paintball guns and lets them loose in a test drive space complete with an ’80s-era montage music, paint slick and bombs, and stacked boxes full of paint.