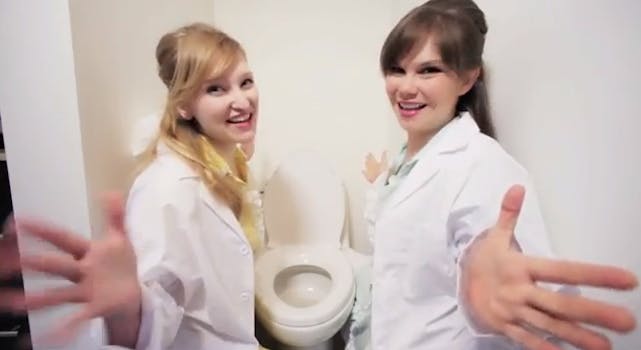 There has been a long-standing misconception about women that the ladies of Reformed Whores feel they need to correct. They use song to inform men that girls, in fact, poop. And yes, it’s completely natural.

Ze Frank has put out a number of “True Facts” videos already, but this time he takes on our inner monologue voice, the man who aged with a single set of tears and narrates each day’s sunrise in his dreams. It’s thanks to him that we’re alive.

3) AwesomenessTV, “If Disney Made Star Wars”

We’ve already imagined the future of the Star Wars franchise after it was acquired by Disney, but what if they made the earlier films? The films would have had more songs and James Earl Jones and Mark Hamill would have dueted in The Empire Strikes Back.

Danfi Parker filmed a group of older men as they gathered for food, drinks and tune sharing at a Tim Horton’s in Oakville as they belted a harmonic cover of “Can You Feel The Love Tonight” from The Lion King.

In the NOC’s latest web show, “Fighter vs Food,” UFC fighter Anthony Pettis shows off his MMA moves on a variety of food, and when a carton of eggs steps to the plate in slow-motion, they don’t stand a chance.