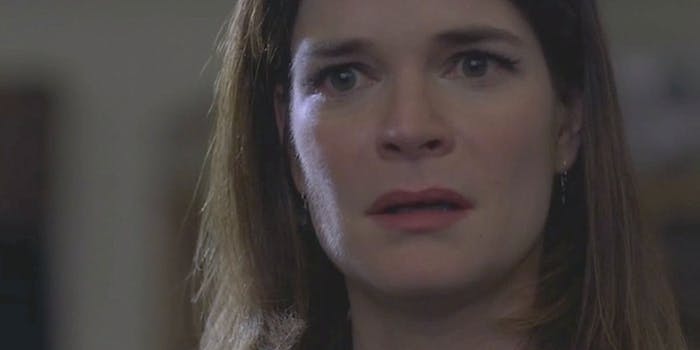 Hank and Marie are still upset about the VMAs

Miley Cyrus is the one who knocks.

Who thought that Walter White could stoop to this level? (Spoilers below!)

The Internet is still buzzing about Miley Cyrus’s performance on Sunday night’s MTV Video Music Awards, and now one TV couple is just as dumbfounded as the rest of us.

Hank and Marie Schrader were given a confessional blackmail DVD from their brother-in-law on the latest episode of Breaking Bad, and their reactions watching it are of horror, shock, and dismay. But when the video is replaced with Cyrus’s duet with Robin Thicke … well, their faces say it all.

Heisenberg’s in the twerking business now. And for the time being, there’s no stopping him.