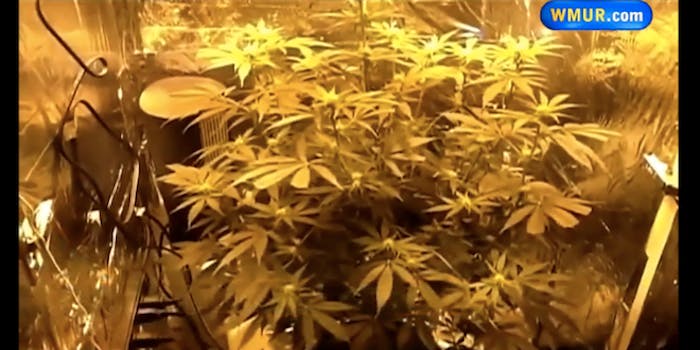 If you want to make YouTube videos about growing weed, you may not want to use your home address.

If you want to make YouTube videos about growing weed, you may not want to use your home address.

YouTuber Kyle Berry accidentally revealed his identity on his channel of instructional videos about how to grow marijuana and was arrested in New Hampshire, according to WMUR. Berry filmed the videos in his basement and focused on topics like the best chemicals to use and how to purchase marijuana seeds.

Police were tipped off when in one video, Berry inadvertently revealed his face in a shiny reflection. In 2012, he also accidentally showed his name on a package he was sent. In court, Berry revealed he did it “for the greater good” and because he’d undergone 17 surgeries in his life and used pot to heal.

On Tuesday, Berry pled guilty to manufacture of a controlled drug. The judge, Marguerite Wageling, said she did not believe he was growing marijuana simply for his own use, but also believed he was not “a drug kingpin.” Berry was sentenced to a year in jail with four months commuted, and a $500 fine.