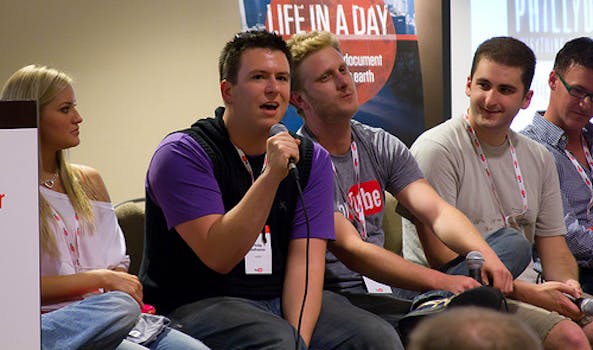 The tools even allow video creators to monitor how many subscribers they gain from each video.

Announced through an official YouTube blog post, the new Analytics replaces Insight, and offers a variety of new features. One feature even allows content creators (YouTubers) to monitor how many subscribers they gain based off each of their videos.

“One of the great joys of a global platform is finding out that people from afar can relate, connect, and appreciate your videos,” stated the YouTube blog post, which included an attractive infographic.

YouTuber Ben Hughs tweeted he was “stoked” about the new analytics, writing “The best part is being able to see which vids bring most subscribers. NICE!”

Michael Buckley, who has already used the new system, responded that he got nine new subscribers from his Monday video, complete with the hashtag #IdRatherNotKnowThis.

As to be expected with any launch of new features, not everyone was happy.

“hey youtube, im happy for you and your new analytics but you still cant do the simple things right…” tweeted musician Russell Haskins.

The Fine Brothers were a bit disappointed in the lack of an old feature, tweeting the new system doesn’t “show where embedded views come from like it used to, only external sites.”

Jonathon Paula didn’t understand the excitement, tweeting, “this is all stuff we had access to before, no?”