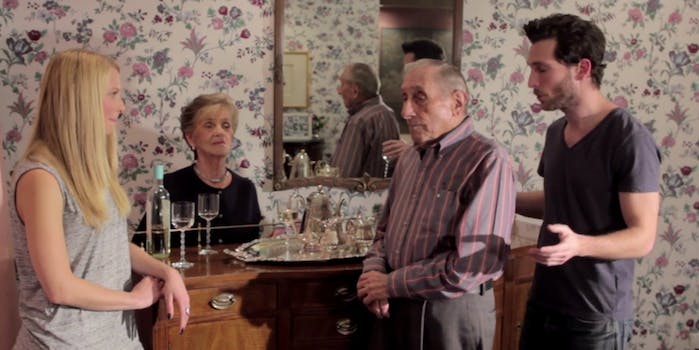 Learn how to wingman from the Internet’s favorite grandpa

He's already a bit of a charmer.

After getting a lesson in cockblocking from his grandson, Reddit’s favorite senior is ready for his next lesson.

In another episode of “Explaining Things to My Grandpa,” Internet-savvy Ethan Cole tries to explain another concept that’s necessary in the art of getting laid. And that’s how to be a good wingman—which has little to do with having two women at your side like wings.

Since Ethan’s grandparents probably scared off his wingmen in the last episode, he needs some help at the bar. They set up a practice scenario, but it’s apparent that Joe probably won’t be a good wingman. He doesn’t think that Ethan is all that good-looking, for one.

Plus, Joe already forgot about his first lesson.