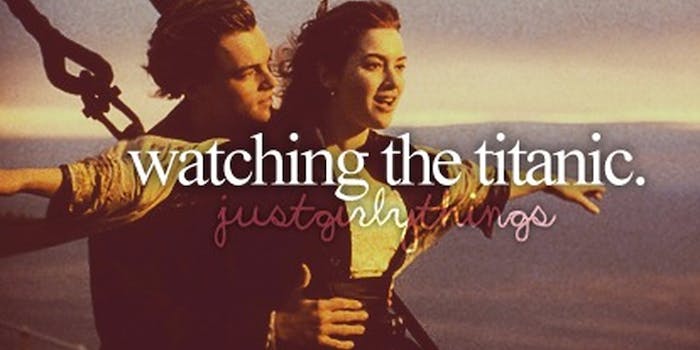 Have you heard dubstep? Read the #imagine tag on Twitter? Seen the Tumblr of a person under the age of 15? Each week in YOLO*, Millennial analyst Lindsey Weber picks a new teen trend she doesn’t quite understand and attempts to unpack it before your very eyes.

Tumblr is a crazy world, filled to the brim with teens. They fill the blogging platform with dizzying GIFs, inspiring quotes, and even scary things like ‘thinspirations’ and serial killer fandom. Luckily those last two things are in the minority of teen Tumblr going-ons, while the majority is doing something a bit more interesting and, well, TEEN-ish.

There’s no other way to accurately describe “Just Girly Things” without seeing it. I guess I could say that it’s an amazing image macro-based blog that covers the gamut of things deemed “girly” —everything from “smokey eyes” to “Friends reruns on television.” But you’re going to have to click.

Five girls, ranging in age from 16 to (gasp!) 20 years old, contribute and take requests from the blog’s many followers. The Tumblr includes things that relate to “our feelings, our dreams, our hopes, what we like, what we don’t like, things we enjoy in relationships,” they explain in their brief FAQ that additionally requests that people don’t send along hate mail.

The girls have illustrated and posted 1,570 very girly items so far. The images are a perfect example of what works well on Tumblr: pretty (often filtered) images and clear text with a relatable message. They are unbelievably easy to save, share, and reblog. While major news corporations and brands struggle to find their relevance on social media, these very girly girls are racking up thousands notes each time they post.

My favorite girly thing is one that simply reads, “wanting to make a difference somewhere in the world.” It’s immediately laughable, featuring a homeless-looking girl with two dogs and dreadlocks. But it has over 2,500 notes that include reblogs like, “This is secretly my biggest dream. I have this feeling that I have to do something that make a significant impact and be known.” A simple image macro that I find hilarious is reminding thousands of Tumblr teens to make a difference. I guess my 26-year old face should shut up. Then again, there’s also DJ Pauly D. And “wanting to watch The Vow with the one you love.” So not too inspiring on all fronts.

There are also things that seem to apply to the general population—not just teen girls. Hell, I wear sweatpants while listening to Drake on roadtrips. There are books I just can’t put down. I even know grown men who drink Arizona Iced Tea while heading into the city. We probably relate to these “girly things” more than we realize. 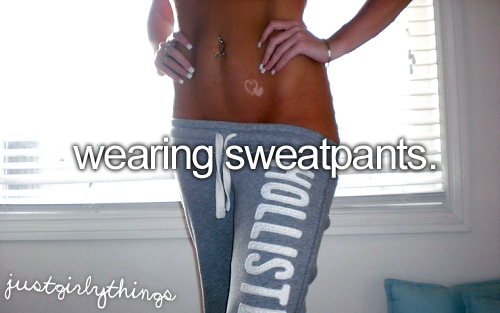