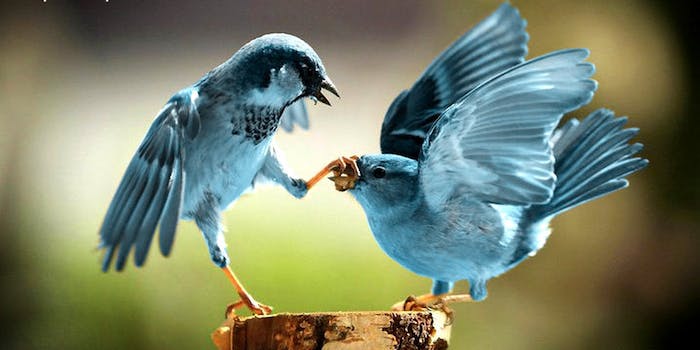 Hashtags can create radical change—but at what cost to their creators?

As the conversation spins dangerously out of control, #YesAllWomen shows that hashtags create a life of their own.

After Elliot Rodger’s misogynistic rampage through Santa Barbara last weekend, @sassycrass’s #NotAllMen hashtag seemed especially acute and timely. We live in a world where male violence against women is routine, and yet, men still feel a need to insist “not all men” when confronted with the fact that the United States is experiencing a masculinity crisis. #NotAllMen was sharp, funny, beautiful, and brilliant, but in discussions about Santa Barbara, another hashtag arose: #YesAllWomen.

#YesAllWomen is a poignant counterpoint to #NotAllMen—a perusal of the hashtag is filled with stories of everyday sexism, violence against women, tributes to women murdered by their intimate partners, and much more. The hashtag hosts a steady and ongoing stream of discussions about male entitlement, why women feel unsafe around men, and rape culture, exploring the way interactions between men and women are toxic in this society.

Reading through it can be heartbreaking, deeply troubling, and infuriating, and it’s spawned a thousand analytical opinion articles on how #YesAllWomen became an expressive explosion for women who were tired of holding it in, those who needed an organized outlet for sharing and talking about their experiences.

While men are quick to jump defensively to say that not all men are poisonous to women, women are being tasked with the job of explaining why yes, all women face these issues on a daily basis. As do people who were socialized as women—and those who are read as women even when they’re not. I wrote about being harassed at an airport, for example, because I have breasts and look like public property, evidently. This is yet another reminder of the gendered inequalities in society, where the burden of emotional labor is placed on women, as is the burden of education, and the value of this work is radically understated.

As often happens with feminist hashtag campaigns, this one quickly turned ugly. It was flooded with MRAs, who inserted themselves into the stream to fill it with misogynist bile and attacks on participants in the hashtag. Rape and death threats were flung around at people who were particularly active on the hashtag, especially the creator, who has since locked her Twitter account, asked people to remove references to her, and requested that people stop using the hashtag altogether. After creating a hashtag about how women feel unsafe in society, she was made to feel so unsafe that she had to flee and go into hiding to protect herself.

One might say that the response to feminist activism often illustrates the need for such activism, and this is a picture-perfect example. Because a woman dared to speak up for women and create a space for women to talk about a serious issue, she was hounded off the Internet, and she’s not the first woman to be put in such a position.

Women have been forced off the Internet, into using pseudonyms to engage with their communities, and into other compromises to survive. They come from all walks of life: women in tech (Kathy Sierra), women in the atheist and skeptic community (Rebecca Watson/Skepchick), women media critics, and many more.

The Internet is a dangerous place for women who talk about gender and society, and who challenge patriarchal norms, forcing people to engage in conversations that may make them uncomfortable. Every woman who picks up a keyboard knows this, and has to make a calculated choice, taking the risk that her activism and outspokenness will draw attention she doesn’t want. Just as women will drive or walk out of their way to get home in order to avoid harassment, women on the Internet have to decide if they’re ready for what’s coming if they dare to confront sexism and misogyny head on.

This hashtag, however, has spun out of control—people are still using it, though others are encouraging a switch to #EachEveryWoman to honor her request. A battle is raging across Twitter as some advocate for continuing to respect her wishes and honor the boundaries she’s tried to establish, while others continue using the hashtag on the grounds that it’s important to keep fighting and prove to MRAs and other harassers that women can’t be silenced or forced to switch hashtags.

The #YesAllWomen tag now is a mixture of horrific misogynistic commentary, people who aren’t aware of the hashtag change, and those who are making a deliberate choice to keep using it despite the expressed wishes of the creator. On #EachEveryWoman, there’s a larger discussion taking place about the need to create safer spaces for online activism, including respecting the original creators of hashtags — but what many don’t seem to realize is that hashtags take on a life of their own, and tend to spin far out of reach.

When someone creates a hashtag that goes viral, like #YesAllWomen or Mikki Kendall’s #SolidarityIsForWhiteWomen, it turns into a lively, complex conversation, and one that is also beyond the control of the creator. Often, the work of creators is erased entirely (as in the case of @sassycrass, who is rarely credited for her work on #NotAllMen), and a sense of public ownership over the hashtag arises. Those who initially started using it as a tool for organizing can start to believe it’s “theirs” in a way that it never belonged to the creator.

So what happens when a creator wants to take it back? When someone worried about her safety requests that her hashtag no longer be used as the predominant label for a discussion, in order to draw attention to herself? These are the kinds of ethical issues activists are tangling with as the value of hashtag activism is increasingly recognized. Hashtags can create radical social change, but at what cost to their creators?

Correction: An earlier version of this article claimed that the creator of #YesAllWomen deleted her Twitter. She locked it temporarily.