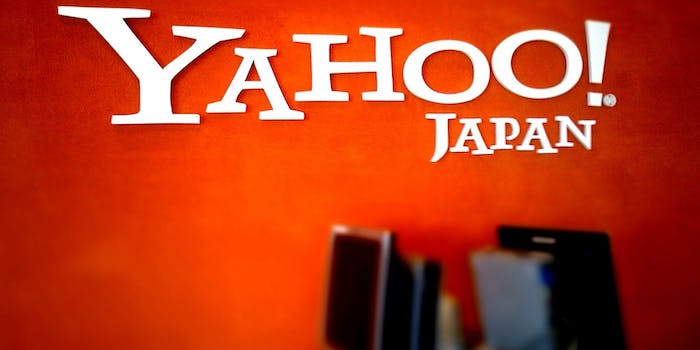 The Tumblr acquisition isn't the only big Yahoo story this week.

Yahoo Japan has been hacked. 22 million logins have been stolen, according to the BBC. This is over a tenth of the entire user list.

Although the login IDs alone are not enough to simply sign in and make off with user information, including bank and ecommerce accounts, it certainly cuts a hacker’s time and effort to get to that point.

Brute force hacking of the accompanying passwords will be much easier with the login IDs, given that many people use simple passwords or base their passwords on the same language elements that make up their IDs.

The theft was noted on May 16, according to a statement made by the company and quoted by the AFP.

“We don’t know if the file (of 22 million user IDs) was leaked or not, but we can’t deny the possibility given the volume of traffic between our server and external” terminals, said the statement.

Yahoo is Japan’s most popular search engine, with 50 percent of user share, vs. 40 percent for Google.

Yahoo has advised its users to change their passwords.