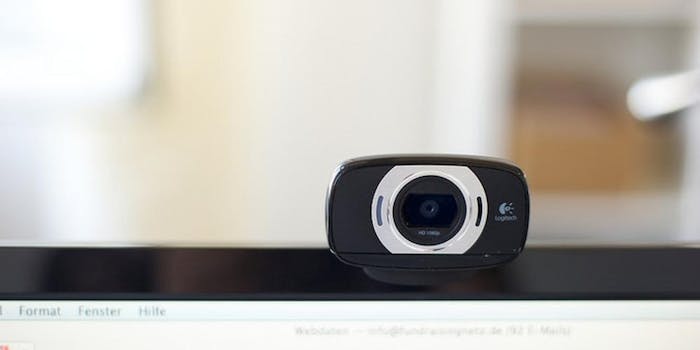 Carlo Dellaverson allegedly made a sex tape and sent it to XTube. His girlfriend had no idea she was even being filmed.

But at least one of these “hidden cam” videos was, unfortunately, all too real: According to the New York Post, 30-year-old Carlo Dellaverson, an employee at NBC News, was recently arrested for allegedly filming a sex tape of him and his ex-girlfriend without her consent and posting the video to the streaming tube website XTube.

A digital news producer at NBC News who was also featured in a 2012 New York Times profile about 20-somethings moving back in with their parents (you can insert your own joke here, this story is too depressing as is), Dellaverson allegedly made the sex tape last February as a sort of Valentine’s Day present to his 29-year-old girlfriend. (In the future, gentlemen: Chocolates also make a lovely gift.) After finding the video on his computer last week, she promptly (and justifiably) flipped the eff out, then moved out of their apartment.

Dellaverson’s ex-girlfriend later emailed him to ask why he had made the video, at which point he reportedly told her he had posted it to the porn-tube site XTube. He was arrested shortly thereafter.

We’ve reached out to Mindgeek, the corporation that owns XTube, as well as a host of other tube sites, for comment and to see if the video had been identified and taken down; we’ll update if we hear back.

Because Dellaverson is a resident of New York state, he’s being charged with disseminating unlawful surveillance, which is defined by the New York state penal code as “intentionally us[ing] or install[ing]” an “imaging device to surreptitiously view, broadcast or record a person…when such person has a reasonable expectation of privacy, without such person’s knowledge or consent.” He’s also being charged with harassment.