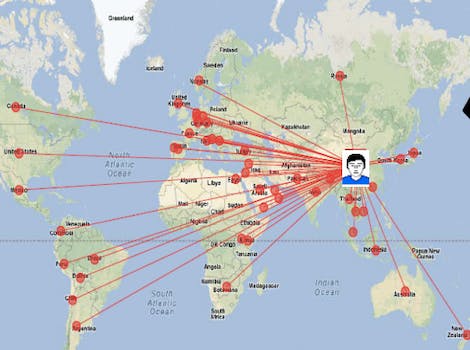 Man pleads guilty to selling $100 million worth of pirated software

U.S. Immigrations and Customs Enforcement (ICE) announced Tuesday that a Chinese man they arrested will pled guilty to conspiracy to commit criminal copyright infringement of “more than $100 million worth of pirated software around the world.”

Thirty-six-year-old Xiang Li, of Chengdu, helped run Crack99.com, a site that sold software downloads at below retail value. He faces up to 25 years in prison and a $250,000 fine.

According to email exchanges with potential customers, ICE said, Li stated in an email that he was part of an “international organization created to crack.” He’s accused of selling 550 programs to 325 customers all around the world, including sales of products that retail for hundreds of thousands of dollars to a NASA employee and U.S. government contractor. Those customers, Cosurn Wedderburn of Maryland and Wronald Best of Kentucky, have also pled guilty to conspiracy to commit criminal copyright infringement.

Agents at ICE spent two years investigating Li, even faking a major sale that required him to travel to the U.S. island territory of Saipan to arrest him in June 2011. He’s been detained in Delaware since.

ICE is known for relentless pursuits of Internet criminals. That works both to the detriment of its reputation—like when its agents raided the home of Julia O’Dwyer, whose son ran a site that merely linked to streaming video feeds—and to its benefit, like when it arrests rings of child pornographers.

ICE’s director, John Morton, indicated in a statement that Li was unquestionably a major criminal.

“Li mistakenly thought he was safe […] hiding halfway around the world in cyberspace anonymity,” Morton announced in a statement.

“Fast forward to today, where he is now being held accountable in Delaware for illegally stealing, distributing and ultimately exploiting American ingenuity and creativity at a loss of at least $100 million to U.S. companies,” he continued, adding that ICE “is committed more than ever to protecting American industry and U.S. jobs from criminals like him.”