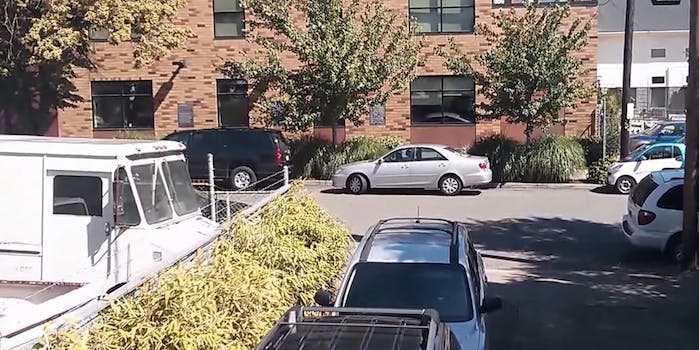 Behold, the worst parallel parker of all time

Remember that moment in Arrested Development when Lucille Bluth is featured on a Fox show called World’s Worst Drivers because she parks perpendicular to the sidewalk? Yeah, even that maneuver is likely beyond this sorry Portland driver, who maybe shouldn’t be on the road at all.

Despite her desired space being big enough to “land a jumbo fucking jet,” as they say in Snatch, the poor woman just can’t make geometry work in her favor. Hilarious—yet undeniably heartbreaking.

Practice could help prevent another public humiliation, but let’s be realistic: It’s time to buy a bike.