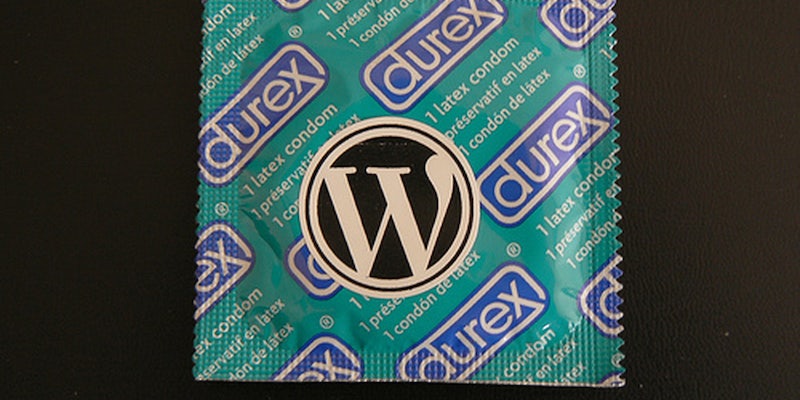 WordPress rolled out infinite scrolling without any warning. And members seemed infinitely angry.

Over the weekend, scores of people who use WordPress.com to create their personal and professional homes on the Web got an unpleasant surprise when WordPress suddenly implemented a new feature that changed the way their sites worked:  infinite scrolling.

Many of WordPress.com’s 27 million users complained loudly. The site today took note and reversed its decision—at least in part—but some users are still worried about how infinite scrolling will affect their carefully hand-crafted sites in the future.

It all started on February 8, when staffer mathiasventura posted in the support forum:

“In the quest to make visitors engage with your content as effortlessly as possible we are rolling out a new feature to your blog home pages—infinite scrolling! Instead of having to scroll and click through older-pages links we are now pulling new content automatically whenever a visitor approaches the bottom of a blog.

“Please let us know what you think by posting any feedback you may have. Thanks.”

And boy, did they ever! Even though the changes only applied to two themes, those themes are among the most popular and affected many users. Their main complaint: they were not consulted before the changes were made, changing the way some of their sites functioned.

Some 200 negative comments poured in to the Support and Theme forums —a high number for the site.  And later, WordPress.com’s paid transfer service to WordPress.org was oversubscribed, indicating that people were jumping ship. (WordPress.org offers free software you host yourself while WordPress.com offers free blog hosting using specially-modified WordPress software, with optional paid upgrades.) There was even a waiting list for staff-assisted moves off the free blogging service.

Don’t get us wrong—we love infinite scrolling at the DailyDot, so much so that a few weeks ago we introduced it to our own main page. But if there’s one thing bloggers don’t like, it’s unilateral changes to their digital “home” with no apparent appeal.

In this case, infinite scrolling was introduced to WordPress.org’s most recent default themes, called, Twenty Ten and Twenty Eleven. Those themes  have been incredibly popular with users of the free blog hosting service. The changes, therefore, affected a significant number of users, none of whom were notified in advance,.

Unfortunately, both of these themes also offer an area below the main content column, in the footer area for widgets (special plug-ins), which were bumped offline entirely by the switch to infinity and beyond. Additionally, when asked in the support forum whether the change would be coming to other themes, staff members said that yes, the change was inevitable and would even be made to premium themes. That upset those who thought once something was bought, it was theirs to tinker with, not WordPress.com’s.

“Wow, this is awful. Why on earth would you ‘automatically’ enable infinite scroll on a theme that supported a footer area? Isn’t it obvious that those two things are incompatible?

“I hate infinite scroll. It is seriously evil for slow connections. It is not ‘transparent:’  it means that the page keeps loading and there’s no way to stop it from loading once you accidentally scroll past that invisible magic line.

“Like other commenters, I deliberately chose this theme and carefully chose the widgets I wanted at the bottom of my main page. The strength of these themes was advertised as their great customizability: why take that away now?

“This does not “make visitors engage with your content as effortlessly as possible”: it removes my ability to present my content the way I want to present it, and is a real problem on old computers with little memory and slow connections.

“From my perspective, this is a bug, not a feature. Please give us a way to turn it off!”

Things got even more heated in a private forum for the interaction of staff and senior volunteers (full disclosure: including me).

Two volunteers (TimeThief and TheSacredPath) who between them have answered over 60,000 questions in the support forums, resigned and another volunteer, Captnmike/Auxclass found himself locked out of the forum after he complained about the changes, complete with name calling.

In fact, the kerfuffle resulted in the shut down of the entire staff/volunteer forum—but not before WordPress changed its policy.

On Monday afternoon, staffer mathiasventura announced with fanfare that those bloggers using the affected themes who were also using footer widgets would now have an option to disable infinite scroll. However, those without the footer-widgets still must live with the infinite scroll. (We tested)

While Premium Theme users chew their fingernails and wonder if the infinite/finite toggle will be in their futures, the rest of the free users can count on one constant: change. Heraclitus must have been a WordPress.com blogger.