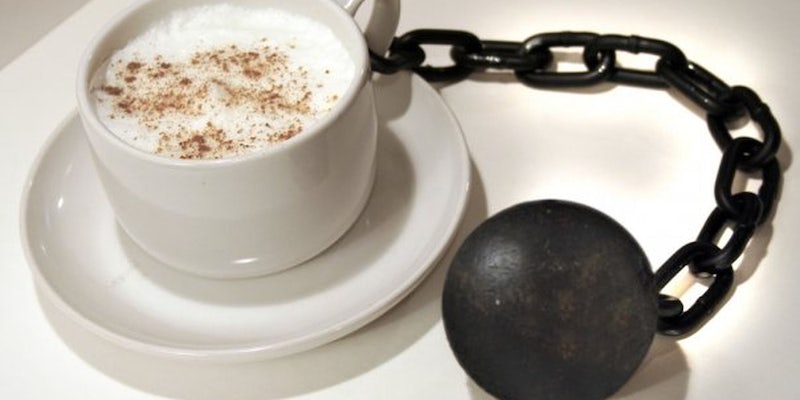 All that attention on social media needs to start addressing the elephant in the room.

All over the world, and on social media, we have seen the glory and celebration for the U.S. women’s national soccer team.

Whether it is best exemplified by the thousands of red, white, and blue painted faces we saw on television, front page newspaper headlines, congratulatory tweets from TV stars, or team members themselves who proudly held their long awaited trophy in the air, the fanfare is well-earned. While most news stories celebrate the team’s first Women’s World Cup win since 1999, many point out the troubling disparities between men’s and women’s professional soccer. The beauty of victory contrasts with an unfortunate truth.

The disparities for elite female soccer players are as embarrassing as they are infuriating. The International Federation of Association Football (FIFA) paid the 2015 Women’s World Cup players 40 times less than their male counterparts who won the 2014 Men’s World Cup. Just last year, the secretary general of FIFA claimed, “We are still another 23 World Cups before potentially women should receive the same amount as men.” Despite public outrage and online petitioning for FIFA to pay women athletes equitably, there appears to be no urgency to fairly compensate female soccer players.

But the discussion on pay and compensation for elite women’s soccer players goes beyond FIFA.

American sports fans: If we want to win another World Cup, we need to look at the way that we are treating our female athletes and the level of funding for women’s teams and leagues. To offset costs, many of National Women’s Soccer League (NWSL) players sleep on couches of host families, take second jobs, and most of the women earn below minimum wage in order to achieve their dream of representing our country in the World Cup.

However, history tells us that it is misguided to assume that the increased attention gained during the Women’s World Cup will translate into the financial sustainability of women’s soccer in the United States. The former Women’s United Soccer Association (WUSA) Chairman John Hendrick admitted, “I was intoxicated by what I witnessed in 1999. … I mistakenly assumed it would overflow onto the league.”

When I was 11 years old, I attended the Philadelphia Charge (WUSA) soccer camp and loved every minute of it. To this day, I remember the devastation I felt after hearing the news that WUSA had folded. As kids, we didn’t know why the women’s league would no longer exist. Unfortunately, the unintended, yet evident message for female soccer players was, “Your sport isn’t valuable enough to fund.” And for those female soccer players on the teams, “You aren’t valuable enough to fund.” How else can you explain why a league, filled with some of the best soccer players in the world, would be folding?

According to the WUSA, the primary reason that it folded in 1999 was due to a lack of major corporate sponsorship. For most of the world’s top-earning female athletes, advertising and endorsements remain key components of their net worth. Donna Lapiano, the president of Sports Management Resources, noted of the situation, “If women’s pro sports cannot tap into big advertising dollars, athlete salaries and purses will continue to be depressed, and the financial success of women’s pro leagues and tours will be more difficult to achieve.”

Although corporate sponsorships and endorsements could help achieve gender parity, there are few companies proactively working to end the huge disparity in endorsement deals for male and female athletes.

Companies, advertisers, and sports media must understand the profound impact that they can have on young girls across the nation if they choose to support (or not support) women athletes and their teams. As John D. Halloran reported at American Soccer Now, “Until teams in the NSWL draw sufficiently large crowds, sell more merchandise, and secure a better television contract, things aren’t likely to change.”

As individuals and fans, we also can make a difference: We can visibly support and elevate female athletes, pack stadiums with bigger crowds, and continue to tune in and watch women’s soccer. Women represent 40 percent of athletes and yet only receive 4 percent of sports media, meaning that we can do a better job telling our favorite sports magazines, channels, and shows that we want more women’s sports. We can tell our favorite sports merchandise brands like Nike, Adidas, Reebok, and Under Armour to further support our world champions. On social media, we can show our support for female athletes and women’s teams and encourage others to do the same.

The discussion on pay and compensation for elite women’s soccer players goes beyond FIFA.

We need to stop looking at women’s soccer as something to “help” but, rather, as one of the most enjoyable sports to watch, As a country filled with entrepreneurs, we need to envision and find solutions that will make women’s soccer into a sustainable enterprise and a sought-after profession.

Right now, we are in a pivotal moment of sports history, with public attention directed on a women’s sport victory, both in the U.S. and abroad. If we commit to fully affirming the value of women in sports, we will continue to win, break records, and even inspire the world.

Anna Aagenes is the vice president of program development and community relations at the You Can Play Project. Aagenes is an LGBT advocate, runner, speaker, and an athlete.