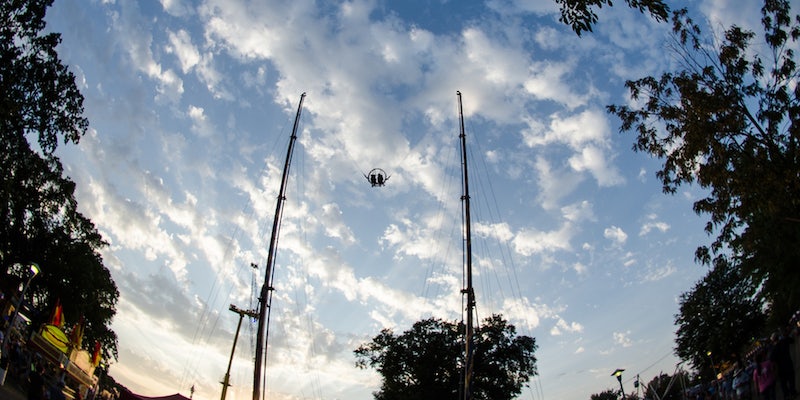 Are women actually orgasming on this popular thrill ride?

Talk about getting your money's worth.

Most of the humans walking around on this planet consider themselves to be pretty reasonable. People have competent taste, relatable perspectives, and comprehensive aspirations. If I encountered you on the street, we’d run through dozens of boring topics to prove each other’s genial humanity. That’s how it works. We’re all the same. Nothing is broken.

Except we all know that isn’t true. Humanity is wretched to the core. When left alone, we lapse into our most basic, petty, ridiculous incursions—because the Internet is free, and it is generous. We cannot prove this empirically, but the circumstantial evidence speaks for itself, and I don’t think there’s any better example than the ludicrously well-developed YouTube catalog of women fake-orgasming on fair rides.

I don’t know what started this trend or where I stumbled upon it; I’m guessing it was during one of my after-hours less-than-wholesome YouTube odysseys. I also don’t know what kind of overlap there is between this trend and all the videos of women allegedly brought to climax by tricked-out subwoofers. But in any event, there it was in the sidebar. Standing proud with 1.5 million views: “Orgasm on sling shot malta.”

The Slingshot is something you’ve probably seen if you’ve gone to a county fair or boardwalk theme park over the last decade. As the name implies, you sit in the crook of a massive vertical slingshot that harnesses the power of elasticity to shoot you high into the air. It’s ostensibly fun, but also slightly terrifying because people are generally unwilling to put their lives in the hands of half-blind carnies. (And sometimes the damn thing breaks.) The concept of it nurturing female pleasure is not an advertised perk.

There are two conclusions we can draw from this: Either there’s a dedicated community of masturbators out there sifting through Slingshot footage and highlighting the women who do the best mewling, or there’s a network of crusty carnies with access to all these videos, and they’re sharing them with the world, little by little. Both possibilities make me uncomfortable!

Isn’t it weird that our perversity runs so deep that instead of watching the millions of hours of men and women gladly fucking on camera, there are some people who need their voyeuristic smut delivered via fair rides? Like I said, humanity is wretched to the core, and we can never hope to truly relate to anyone. Except the dudes who just pass out on the Slingshot: