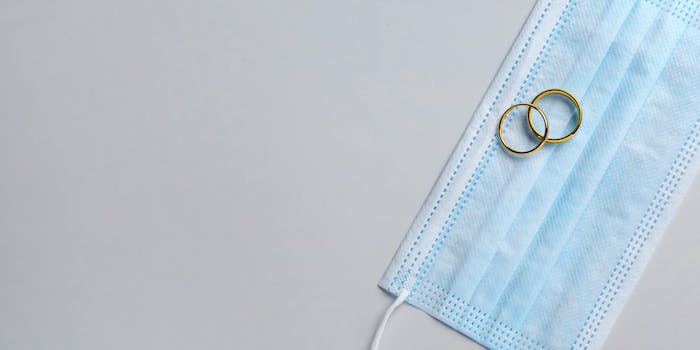 The pandemic has put a unique strain on relationships, often throwing couples into confined spaces and forcing them to confront their issues in a way that might have taken years and years during normal pre-pandemic life.

In some cases, relationships have grown stronger. In others, they’ve collapsed under the pressure. Either way, everything’s moved at a rapid speed, for better or for worse.

One Twitter user has taken to compiling some of these accounts to discuss women’s awakening to “the disutility of heterosexual marriage.”

User @girlziplocked asked for millennial women to share their stories anonymously, noting that “so many women feel this pressure to make bad marriages work because that’s what good women do and it fucking kills them for a full decade until they really can’t take it anymore.”

“If marriage is a bad deal, it’s a really bad deal for women,” she added.

The responses poured in, with several women sharing how working from home made them realize how little their husbands contributed to the family workload.

“I’m realizing that bad relationships don’t need dramatic violence or childish neglect to be bad,” an anonymous user said. “It can be as devastatingly simple as having all the responsibility and blame laid at ones feet for 18 years.”

The original poster made it clear that, in her opinion, it’s deeply rooted misogyny that’s ultimately to blame for these failed marriages, as the onus to make things right constantly falls on the woman. That, she says, is “gendered in heterosexual relationships in ways that men don’t even comprehend because it’s so taken for granted that it’s not their role.”

Another anonymous user shared that she and her girlfriends use Zoom to check in everyday. “The married ones are pulling the trigger as soon as things settle out with the pandemic,” the user stated. “The others are reconsidering dating entirely, as they keep running into dude after dude who don’t give a shit about anything (no masks, hanging out indoors with friends, etc.).”

“I’m predicting like a serious divorce surge. Straight women are done,” @girlziplocked said in response to the entry.

Driving home the idea that sometimes divorce truly is the best option for a person’s well-being, one responder shared a story with a pretty happy ending.

Her husband spent the first three weeks of lockdown with his sister, for no good reason as far as the wife was concerned.

“And then… The next three weeks were actually bliss!” she wrote. “My apartment was spotless and I felt so peaceful being by myself.”

Upon his return, she let him know they were through. Not only that, but she says she’s already moved to her favorite country and is attending a great business school.