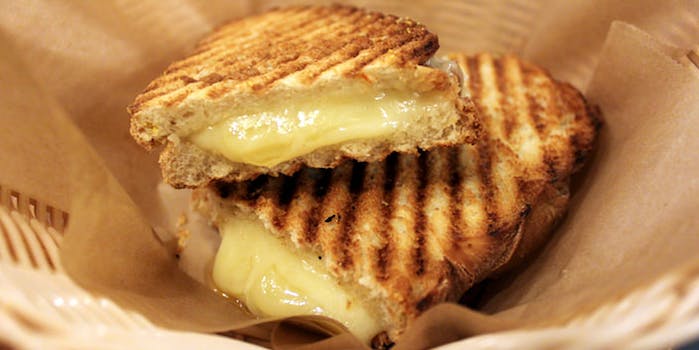 One woman found herself in more than just a sticky situation after trying to melt some cheese on toast in her kitchen.

According to Manchester Evening News, Suzanne Dale read a tip on Facebook suggesting putting a toaster on its side to simultaneously toast bread and warm up some cheese on top of the carby goodness. But Dale was quickly betrayed by the misinformation, almost meeting an early demise in pursuit of a cheesy snack.

A few minutes after the bread and cheese began to cook inside the appliance, smoke came billowing out of the toaster. Dale quickly unplugged it and rushed outside just as the device burst into flames.

“There has since been 2,000 shares and so many comments. It is probably a good thing, if I was stupid enough to do it someone else will be,” she told Manchester Evening News. “Lots of people said ‘I was going to try this, I thought it was a good idea.’”

Dale reported no injuries, but was probably hungrier than ever following her ordeal. Let this be a cautionary tale for all those craving cheesy toast and too trusting of things they see on Facebook.