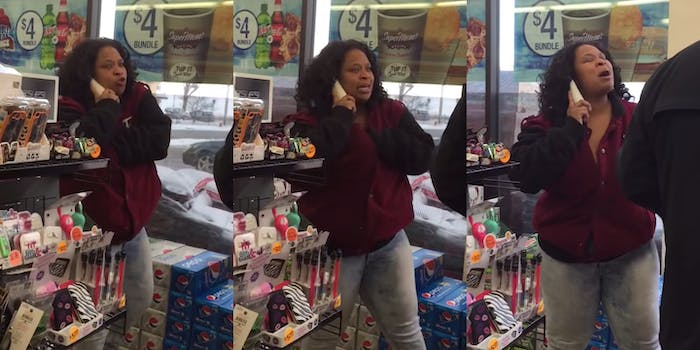 She's got "hundreds" of swears.

There are some unwritten rules in civilized society. One of them is to never do anything to make an already-angry person even angrier.

One man discovered this the hard way when he asked a woman yelling profanities into her old-school cordless phone to cut it out. The man’s kids were with him on this trip, and they undoubtedly learned a colorful new vocabulary that day. Much to the man’s misfortune, the woman refocused her wrath on his inability to “stay in his business.”

Thankfully, YouTube user whatthesamm got it all on video.

The uploader is lucky that the woman’s daughter pushed her (and her “hundreds”) out the door before she saw him filming and yet again redirected her profanity-laced tirade.

No doubt she would have become even angrier if she knew he was shooting vertical video.