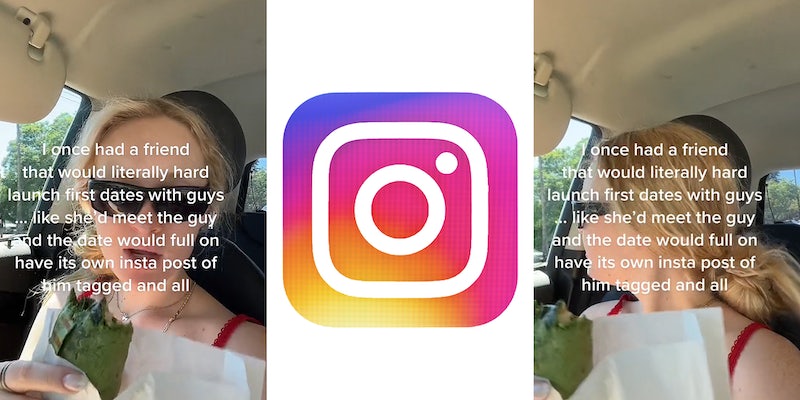 Dating can be hard, but should first dates be hard-launched?

Earlier this month, a TikToker named Julia (@juliacolloca) posted a video, set to Elton John’s “Tiny Dancer,” in which she reminisced about an unnamed friend who “would literally hard launch first dates with guys… like she’d meet the guy and the date would full on have its own insta post of him tagged and all.”

This might seem horrifying to some people, but the video has more than 415,000 views, and most of the commenters approve of this tactic—or want to try it themselves.

“i love this for her. men should fight for the honor to be featured i think.”

“as a guy… honestly, I respect it. live your truth.”

Julia didn’t direct followers to the friend’s Instagram, but did respond to a housekeeping question about whether her friend keeps the posts up or deletes: “Sometimes they would stay up while she’d have a whole new guy in a relationship LMFAO she is a savage.”