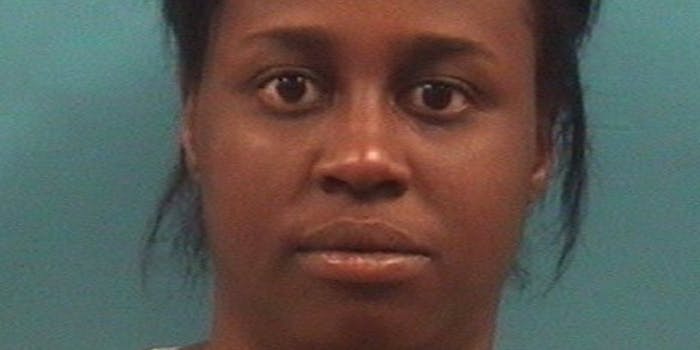 Never say "never," especially where the police can read it too.

A Texas woman has been arrested after bragging on Twitter that cops would never catch her.

Police say the tweet is responsible for renewing their interest in her.

Mahogany Mason-Kelly, 20, had four outstanding traffic warrants in the city of Pearland when she tweeted a bold claim from Lamar University, 90 miles away.

“Some of the regular patrol officers found that Twitter page. They found that tweet about Pearland not being able to find her, and it was kind of offensive,” said to Lt. Onesimo Lopez of the Pearland Police Department. As we say on the Internet, challenge accepted.

Mason-Kelly’s Twitter account has since been deleted, but a screengrab of the tweet, provided to the Daily Dot by the Pearland Police Department, indicates she hadn’t enabled location.

She nevertheless would have been easy to find, since her Twitter bio, still cached on analytics-site Topsy, says she’s studying speech therapy at Lamar, and it appears she regularly updated the account with details of her everyday life.

Upon taking her fingerprints, the PPD discovered Mason-Kelly had also falsely identified herself as her sister during a traffic stop in 2011. The PPD added tampering with government records to her charges.

“When she came in she was very subdued, not as animated as she was on her Twitter account,” Lt. Lopez said.