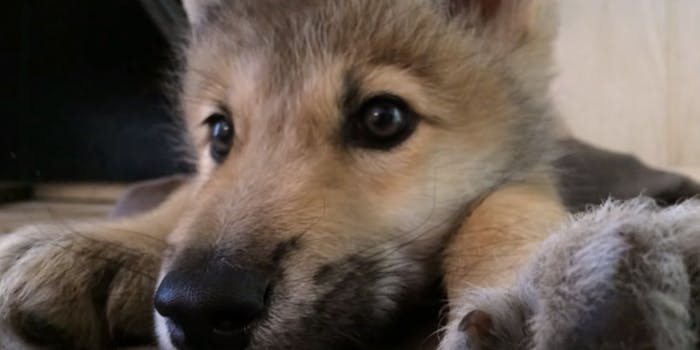 This adorable wolf puppy has a case of the hiccups

Animal hiccups: terrible for puppies, great for the humans witnessing them.

Hiccups are never fun to deal with—unless you’re a human watching an animal with a case of them. Then it’s usually cute and adorable.

Case in point is Nikai, an 8-week-old wolf puppy and the newest addition to the Wolf Conservation Center’s Ambassador Pack in South Salem, N.Y. He has a fairly normal life at the conservation, but one day he got himself a case of the hiccups.

He seems to have no idea what’s happening to him, which only makes it even better—for us.

“Although the wolf’s howl is has [sic] been the inspiration for films, essays, poems, etc… we think there is another sound that evokes equal levels of emotion and excitement,” the Wolf Conservation Center wrote.

Yeah, that about sums it up.