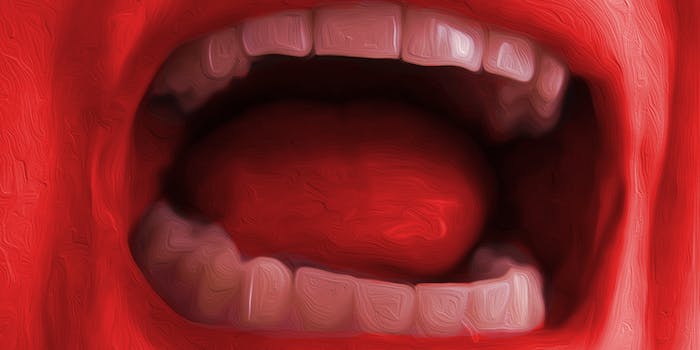 Does online hate silence us?

Bullying expert Rosalind Wiseman gets online hate mail as part of her job. She reminds us that vicious online attacks go beyond the victim—they spread to the victim's defenders, too.

The first time I received, “I hope you die, bitch,” my heart jumped. Was that really directed at me? I clicked on the person’s profile. There he was—a young man I didn’t know, telling me he’d prefer I die, and sooner rather than later. Why was he tweeting this at me? I thought back to my recent presentations, media appearances, and articles I’d written and then noticed that his comment immediately followed a blog I’d written about a thirteen-year-old girl who was raped by an older boy.

As I write this, Mary Elizabeth Williams has just reported in Salon that three boys raped and sodomized a 12-year-old girl and then posted their assault on Facebook . For people who have suffered a rape, it’s not enough to have been assaulted and abused. No, they must also endure their perpetrators often publicizing their abuse, and then try to survive the onslaught of callousness and disregard for their basic humanity when that public abuse is tolerated.

Although some know me best as the Mean Girls woman, my life’s work has been to teach young people how to speak out about racism, sexism, and homophobia and to challenge other adults to do the same. But I know that if I challenge people to talk about the possibility of perpetrating or by-standing to sexual assault, I’ll get comments calling me a whore, man hater, and prostitute. I also know that if I support a teen who is being harassed for speaking out about being sexually assaulted (either male or female), I will get ridiculed and dismissed—often by individuals from the victim’s same community. 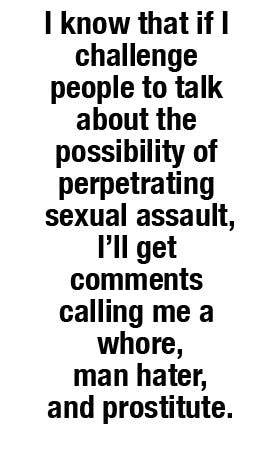 Receiving hate mail is part of my profession. It doesn’t kill me. It doesn’t make me cry on my couch and moan about why people are so mean. But being threatened and demeaned online is now part of my life, and so I’m constantly thinking about if and how it impacts what I write and how to best respond. I also try to take a step back and think about how these attacks possibly influence us, both individually and collectively.

For me, it’s critical to distinguish between the “types” of online hate mail I receive. The first is the kind above, where the commenter is enraged that a woman is challenging a culture where some men exploit their power to physically and sexually abuse others without consequence (even as I write this I am preparing for the comments I’ll get for writing that sentence.) The other type of online hate mail occurs when I call attention to something being racist, sexist, or homophobic and I am then perceived to be either censoring someone’s right to express racist, sexist or homophobic views; or I am calling something racist, sexist or homophobic because I am too stupid to correctly interpret whatever it is that I am calling attention to.  Usually, because I am a middle-aged woman.

Here are some recent examples of that second type of hate response:

Sure, I laughed when I read those tweets. Notwithstanding Jason Collins’ recent coming out and our increasing acceptance of same sex marriage, it’s still true that calling someone gay or fag seems to be the knee jerk strategy to dismiss, demean, and silence someone who speaks out against the abuse of gender and race power structures. 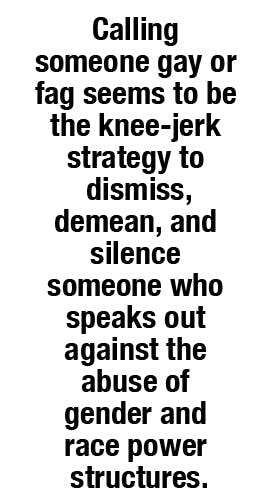 My responses to these “comments” are inspired and guided by two bloggers: John Sclazi’s Straight White Male is the Lowest Difficulty Setting There Is (actually even better than the first blog are the two updates he wrote in response to his hate mail) and another from Rock Paper Scissors. These are my gold standards for how to respond to trolls in an intelligent and strategic way because they refute every standard “reason” for the attacks while calling out in a funny way the ridiculous cowardice of raging against someone anonymously on a comment thread.

In reality, both kinds of online attacks are connected—I’m either a fag or a whore—because they’re demeaning someone based on a dominating and regressive definition of masculinity. But they affect me very differently. I can address things like the tweets above confidently. I have had countless, very positive conversations with young men who have started out thinking I was over-sensitive and politically correct. But the other kind, where men exploit their power to threaten me, is way harder; it gets to my core.

I, like all women, am conditioned to fear rape in a way that men are simply not. This is because in our general social context (i.e. outside of prison) rape isn’t a threat men generally feel they have to fear. I’ve spent my career teaching and writing about the “pushback” that is an inevitable part of challenging abuse of power and have a second-degree black belt—but getting those threats still makes me break out into a cold sweat.

When I am threatened with violence  I inevitably go through the following process. I get upset for about five minutes, decide whether to tell my husband (or, in some cases, the police). Then I remind myself that I chose this profession, get over it, and get back to work.

Of course, “choose” is the definitive concept here. It is my choice to engage in this cultural warfare. But that’s not the case for the children and teens whose assaults I write about. Like the 12-year old girl above who will inevitably face onslaughts of verbal bile from men who, like her rapists, refuse to recognize her humanity and believe they have the right to tell her so. And there are women who buy into this system and attack the girl as well. 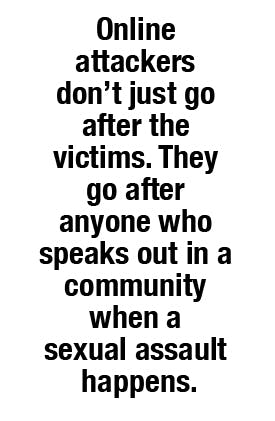 Online attackers don’t just go after the victims. They go after anyone who speaks out in a community when a sexual assault happens. Over and over again, I’ve witnessed others who try to support the victim (often as young as the victim herself) get attacked just as viciously.

What is clear to me is that these hate attacks online aren’t just silencing us from supporting the victims. They are also impacting the emotional health of our communities. We must support the people who are victimized online with powerful action, just the way we would (we hope we would) after a sexual assault or a violent crime. We can’t be satisfied with easy answers like, “Those boys must have been raised by horrible parents. What’s wrong with people today?” Or, to the victims, “Don’t let those people bother you. Don’t let them get you down. You know what really happened.” While that may be true, it doesn’t do anything to collectively challenge the tyranny of this abuse of power. We must also support the people around victims of online bullying and victimization who are trying to uphold the victim’s dignity within their communities through civil participation in online and real-life forums.

No one should not have to endure any of this—I shouldn’t have to square my shoulders and tolerate rape threats, and victims of assaults shouldn’t be attacked in the first place and then be systematically and publicly humiliated. If we stay silent and watch the ugliness spill out online unhindered, we are contributing to the victim’s degradation and our own. We must open our mouths and speak. We will speak to our children, we will speak to each other, and we will relentlessly commit ourselves to upholding every individual’s right to be treated with inherent worth.

Rosalind Wiseman is an internationally recognized expert on children, teens, parenting, bullying, social justice, and ethical leadership. She is the author of many books, including Queen Bees and Wannabes: Helping Your Daughter Survive Cliques, Gossip, Boyfriends, and the New Realities of Girl World (the basis for the movie Mean Girls); Queen Bee Moms and Kingpin Dads, and the upcoming Masterminds & Wingmen:  Helping Our Boys Cope with Schoolyard Power, Locker-Room Tests, Girlfriends, and the New Rules of Boy World. She also writes the monthly “Ask Rosalind” column in Family Circle magazine and was one of the principal speakers at the White House Summit on Bullying in 2011. Wiseman is a frequent guest on The Today Show, Anderson Cooper 360 and Dateline, and has been profiled in the New York Times, People, Los Angeles Times, Chicago Tribune, Washington Post, USA Today, Oprah, Nightline, CNN, Good Morning America, and National Public Radio affiliates throughout the country.

This column is part of The Way We Think series. What happens when you get past the buzzwords and take a broader look at what the Internet is actually doing to transform our culture, our research, our tastes, and our ideas? In this series, the Daily Dot will publish major thinkers and fresh voices from diverse areas of our intellectual and cultural lives—science, literary criticsm, photography, food blogging, biology, art history, wine, travel—on how our world is changing in concrete terms because of the Web.