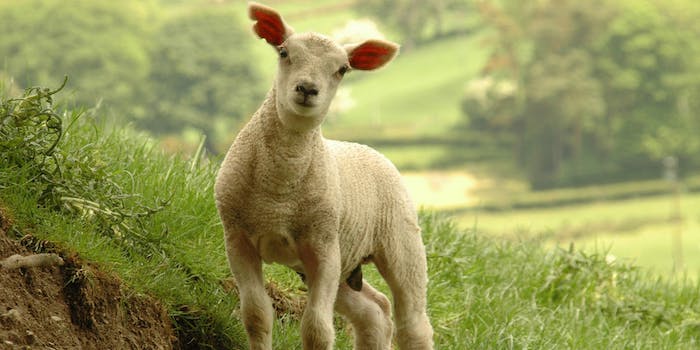 Meet Winter, the most adorable baby lamb on Vine

George R.R. Martin would be proud, because when you call Winter, he comes.

When it comes to Vine, there is plenty of adorableness to be picked, no pun intended, from the social network. But without fail, it’s the most innocent of subjects that capture our hearts the most. First, it was a little boy who refused to snitch on his lizarard after the pet bit him. Then, it was the pregnancy vine nine months in the making that made our hearts loop with joy.

Now, we have the microfilm app to thank for introducing us to Winter, the most joyous of lambs.

Found at only a day old, Winter was taken in and nursed to proper health by Shannen. Sadly for his twin, it was already too late.

The new lease on life put a spring in Winter’s step—quite literally.

George R.R. Martin would be proud of this little fellow, because when you call Winter, he comes.

Photo via rogdavies/Flickr (CC BY 2.0)