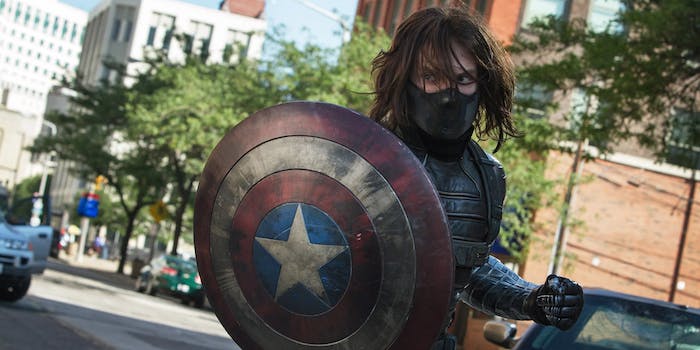 Ed Brubaker made more money from a brief movie cameo than from creating the Winter Soldier.

Comic book writer Ed Brubaker has had a prolific career across Marvel, DC, and other publishers, but he’s still best known for writing the original Winter Soldier storyline. Co-created by artist Steve Epting, the 2004 Winter Soldier comic rebooted Captain America’s teen sidekick Bucky Barnes into the gritty, Cold War-influenced action hero we know today. But according to Brubaker, he and Epting make no money from that work—a massively lucrative piece of intellectual property for Marvel.

Marvel and DC comics are generally created on a work-for-hire basis. Writers and artists get paid to work on characters and stories for the publisher, but they don’t retain any copyright. This has long been controversial in the industry, because publishers make massive profits from certain characters while the original creators make nothing. Brubaker is one of the moust famous examples, because he’s able to speak out about the issue. In recent years he’s shifted away from “Big Two” publishing and begun to focus on original comics at other publishers.

In a new interview with Kevin Smith’s Fatman Beyond podcast, Brubaker said he was happy for the stars of The Falcon and the Winter Soldier, and for the massive fandom that sprung up around the Winter Soldier himself. “But at the same time, for the most part, all Steve Epting and I have gotten for creating the Winter Soldier and his storyline is a ‘thanks’ here or there, and over the years that’s become harder and harder to live with.”

One other moment in the interview really highlighted the problem: “I have made more on SAG residuals than I have made on creating the character.” SAG is the Screen Actors Guild, and Brubaker was referring to a brief cameo role he played in Captain America: The Winter Soldier. He spoke one line, which was subsequently cut from the theatrical release. Apparently he earns more money from that one tiny scene than from creating a character that spawned a massive franchise for Marvel and Disney. And while he did know back in 2004 that this was a work-for-hire project, he had no way of knowing that Marvel would be bought up by Disney, and the Winter Soldier would have a key role in Hollywood’s biggest blockbuster franchise.

Describing the situation as “ungenerous” and based around “a corporate mentality,” Brubaker said there’s nothing stopping Marvel and Disney from paying bonuses or rewriting unfair contracts. However, there’s no sign that Marvel will actually do this. Meanwhile, projects like The Falcon and the Winter Soldier give well-paid producer credits to Marvel executives who had less creative input on the final product.