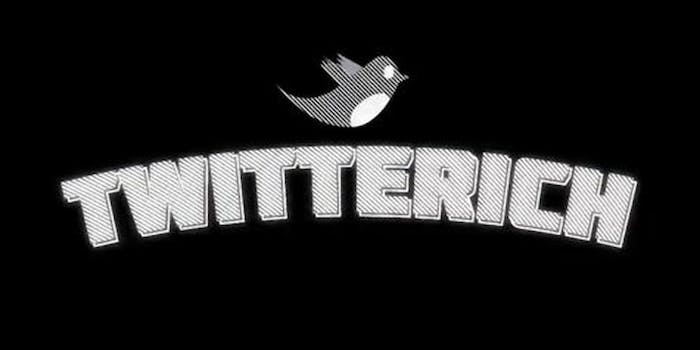 Win a million followers with Twitterich

Will you be the lucky Twitter user to win a million followers?

If it makes you sad that Heidi Montag has one million followers but you don’t, here’s your chance to even the score.

A new “social media experiment” called @1MillionRicher will turn over its Twitter account once it hits one million followers to a lucky follower via a random drawing. As of right now, it has around 1,000 followers, although it started tweeting four days ago.

On Twitterich’s explainer website, which was created by a Virginia-based advertising firm, it reasoned that while its reward may not be as good as collecting a million dollars, it’s something.

“Who likes paying taxes anyway?” the site jokes. “It’s not for money, it’s not a scam, and you won’t get spammed.”

Once the account accomplishes its goal, it’s unclear to what extent the winner can reap the benefits. In the contest’s fine print, the winner “agrees not to exploit followers for commercial purposes.” That’s an odd rule since once the password is changed, there’s nothing the ad firm can do about it. AdWeek, for one, called it a “laughably unenforceable restriction.”

With no enforcement, just imagine the possibilities. Perhaps even more than a million dollars, you might prefer the chance of winning one million followers to torture.