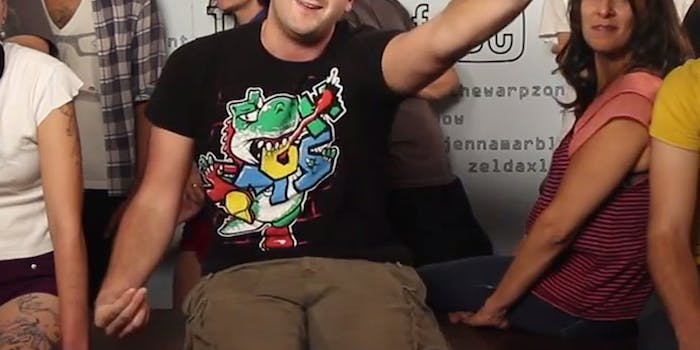 The Will of DC pulls YouTube News off the air

YouTube's premier news anchor is signing off to focus on his work as a social media marketer for Maker Studios.

It’s been three years and 473 episodes, but The Will of DC‘s YouTube News has come to an end. The lively and lovable Will Hyde announced his resignation from the show today.

For the past three months, Hyde has held post as a social media manager at Maker Studios, a Los Angeles-based company focused on developing sustainable programming on the video-sharing site.

“It’s pretty much the funnest job there ever was, and I think that social media marketing is something I can do for a long time and make a stable career out of it,” Hyde said in the video. “I don’t want to go half-assed on YouTube News. It deserves better than that.”

Hyde appears in the 5:37-long video with nine of the people who helped him produce the short, informative show every morning. In it, he recounts some of his favorite memories from the three year run: his 2010 tutorial of the YouTube mobile app, reporting on the death of the YouTube community, the Reply Girls controversy, and the near-legendary episodes he made with comedian Steve Greene.

“As much I hate him, and as much as some of you hate him, those episodes have never been boring and have always been controversial,” he said.

“I think it will be a much easier show to do that will take up less of my time,” he said, “and I can just have fun with it and not take it so seriously.”

We at the Daily Dot are quite happy for him and his future endeavors, but it goes without saying that his gain is our own great loss.