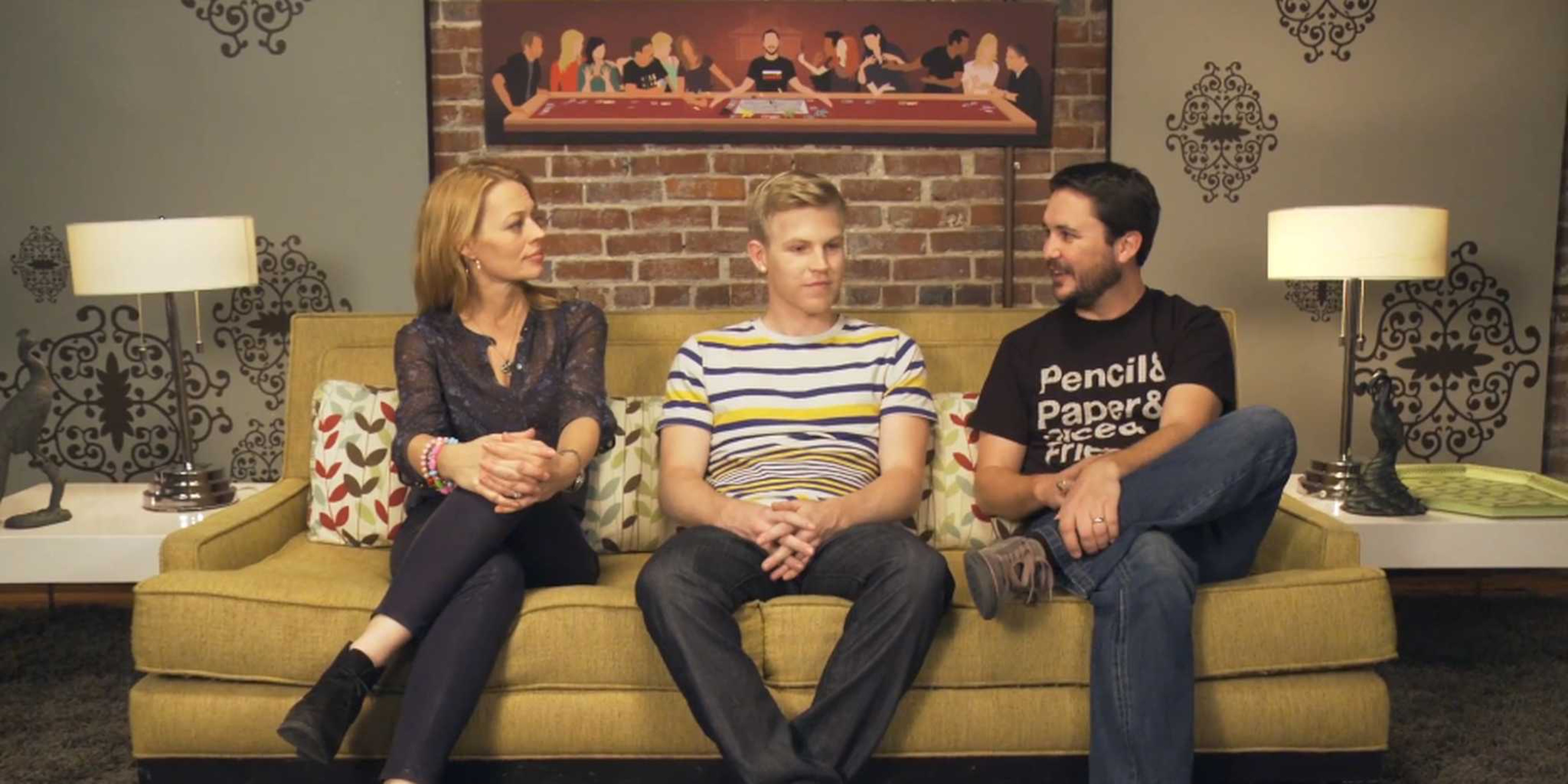 It may be time to get a new couch.

For the past year, Wil Wheaton’s been hosting Geek and Sundry’’s Tabletop, a webseries in which he and a number of other celebrities and personalities play different board games. At the end of the show, he interviews the losers on what has become known as the “Loser’s Couch.”

The Loser’s Couch segment is filmed in a room with very distinct features: a mustard-colored couch with white pillows covered with leaves, identical lamps on either side, and white panels with brown designs on top of a brick wall in the background.

Redditors let Wheaton know about the other use of the Loser’s Couch set.

“You fucking bet your life we did,” Wheaton wrote when asked if he flipped the seat cushions before sitting on them.

Another redditor countered by asking Wheaton knew that someone else didn’t flip the pillows before he did, “so they’re back on the skuzzy side?”

A second screengrab supports this theory, showing that the same stain appears on the same area of the cushion in both videos.

We may end up seeing a new couch or seat covers on a future episode of Tabletop—that is, if Wheaton doesn’t burn it first.