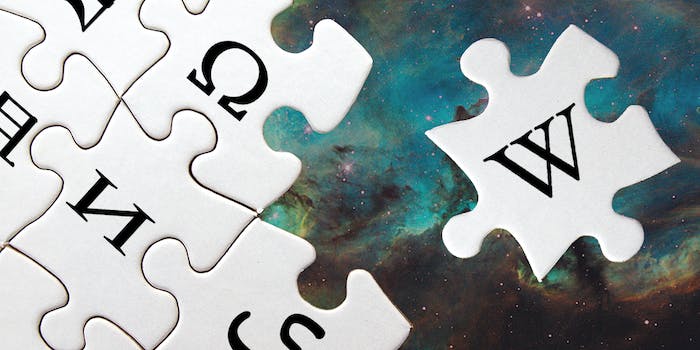 This little notification button is a very big deal on Wikipedia.

A slow transformation is beginning on Wikipedia, one that could have huge ramifications for its future. Today, the encyclopedia finally launched a notification system, code-named “Echo,” a simple feature that neverthless fundamentally alters how people communicate on Wikipedia: It’s little more than a button, like the red one on Facebook that lights up everytime someone likes one of your statuses.

Before today, there was no simple hub to follow everything that mattered to you on Wikipedia. There was no “mentions” column like there is in Twitter, no notification bar to tell you whenever someone made changes to an article you regularly edit. There’s something called the “Watchlist,” a functional if ungainly list on a separate page that  updates whenever a change is made to an article you follow. 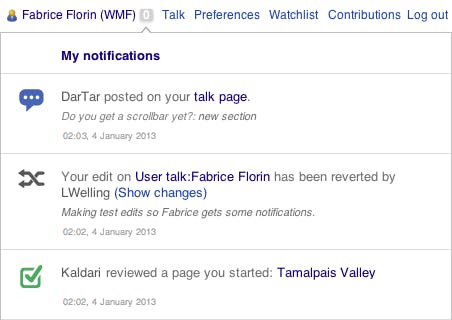 This small notification window is the beginnging of big things to come at Wikipedia.

The Echo button puts those watchlist notifcations and a few others in one place: A little box right next to your user ID. Now, whenever someone comments on your talk page, mentions you somewhere else on the site, or reverts an edit you made to an article, you’ll get pinged—no matter where you are on a Wikimedia site. Echo is only part of a much a bigger overhaul intended to make Wikipedia a lot more user friendly, social, and just generally more fun.

The site, for instance, also plans to launch a messaging servace, called Flow, which should radically alter how Wikipedians communicate with one another on site, moving conversations off of clunky talk pages and into threads. Another new feature, a visual editor, should eliminate a lot of the learning curve for new editors by replacing confusing markup codes with a what-you-see-is-what-you-get editor. It’s currently in a testing phase. (You can play with it at the Wikimedia blog.)

These big changes have been the source of some controversy at Wikipedia, but really the site’s users ought to be excited. The site’s infrastructure is old and creaky. It needs some refurbishing. And anything that reduces the barrier to entry is a good thing—especially since the site has yet to solve its deepening editorial crisis.