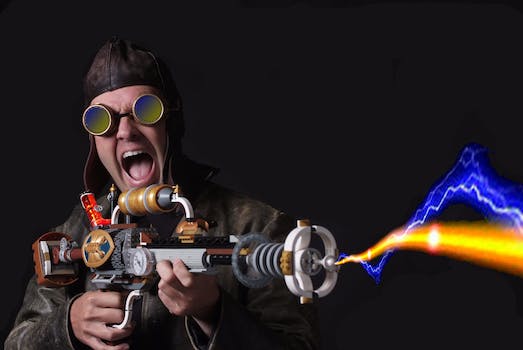 A wonderfully nerdy visualization of edit wars on Wikipedia

A European research team has released a quantitative model that describes how edit wars on Wikipedia heat up, flame out, and eventually form consensus.

A European research team has released a quantitative model that describes how obsessive edit wars on Wikipedia heat up, flame out, and eventually form consensus.

Collaborative editing on Wikipedia resembles particle interaction in physics, the researchers say—like how motes of sand stirred up by wind chaotically spin and clash until finally resolving as sand dunes.

The team, which includes professors from Oxford University and others from across Europe, tracked the evolution of opinions over time on three articles: One on the Dresden Bombing, another on anarchism, and another on Japan. They found that eventually even ideological extremes converged into consensus.

The model accounts for some common-sense behaviors: The busier an article gets, the more heated debate becomes. The very existence of the article—as well as the shared, public collaboration tools—serves to bring divergent groups into consensus.

The presence of the Wikipedia article itself brings the opinions of individuals together and helps the convergence process. Without an article on which to work collectively, groups with different opinions could stay separate and ignore each other.

You don’t need a degree in particle physics to conclude that you can’t come to consensus over a Wikipedia article until the Wikipedia article actually exists. And just because ideological extremes reach a compromise over what finally appears on the article doesn’t mean the debate has had any effect on their deep-held beliefs. A Wikipedia article requires consensus to function as a cohesive whole; over time, Wikipedians reach consensus.

But besides stating the obvious, the researchers did come up with some pretty cool graphics.

This one shows the divergence of opinion over time on the Wikipedia anarchism article. Dots are editors, and lines connect editors who disagree. The larger the dot, the more active the editor. Likewise, the thicker the line, the more intense the dispute. 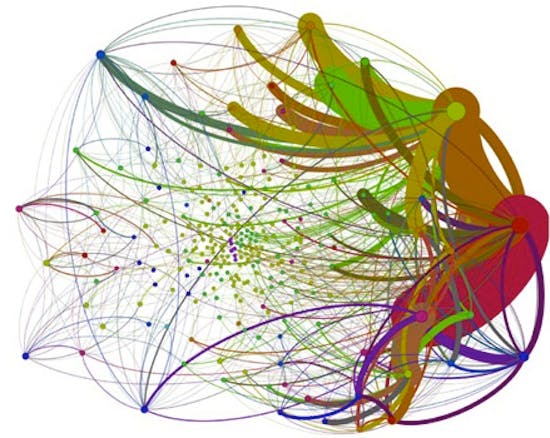 One problem with looking at edit wars quantitatively is that it doesn’t account for the quality of the consensus. So while conflicting groups eventually agree—perhaps more out of sheer exhaustion than anything else—they don’t always come to the right conclusions. Take the case of the debate over the Star Trek Into Darkness film name: Wikipedians spent 40,000 words and many months arguing about a trivial capitalization issue—and still came to a very wrong conclusion.