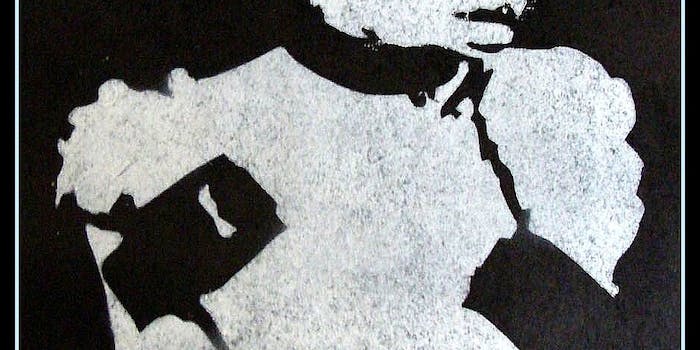 Ashley van Haeften claimed he was the victim of a homophobic harassment campaign stemming from bondage pornography he had once posted to the Wikimedia Commons.

The chairman of the U.K. branch of Wikimedia, the foundation that oversees Wikipedia, has been banned from the site after a row over bondage pornography and the future role of explicit material on the free encyclopedia.

Ashley van Haeften was reportedly banned from the site for “numerous violations of Wikipedia’s norms and policies,” including ad hominen attacks directed at other users and posting explicit content to the Wikipedia page of a living person.

U.K. Prime Minister David Cameron is mulling over a law that would make online pornography “opt-in” for broadband subscribers. That could block Wikipedia from a whole slew of households: The site is ruled by a highly liberal free speech policy, and pornography and explicit material thrive.

The new law has tapped into a debate that has long raged at Wikipedia about the site’s friendly attitude towards pornography. In 2010, cofounder Larry Sanger accused his former site of “knowingly distributing child pornography.”

At his hearing, Haeften said he became a victim of homophobic harassment after others discovered he’d posted pictures of bondage pornography to the Wikimedia Commons.

Interestingly, Wikipedia’s Arbitration Committee (which users abbreviate to the martial-sounding “ArbCom”) agreed with Haeften on this point.

But the panel found Haeften’s caustic behavior did not necessarily target his harassers and expanded well beyond simple self-defense. Haeften “failed to differentiate between those who are harassing him, and those with good-faith concerns,” the committee found.

Haeften even got on the wrong side of Wales himself. The cofounder kicked Haeften off his talk page, after a discussion about explicit content became “unnecessarily hostile,” The Telegraph reported.

“Your false insinuations about other users, and badgering responses, are exactly what stand in the way of thoughtful progress on this and related issues,” Wales wrote.

Haeften can still edit other non-English pages at Wikipedia and can appeal his decision in six months. The Wikimedia U.K. board offered its “full support” of Haeften following the ban, and his position as chairman remains unchanged, The Telegraph reported.