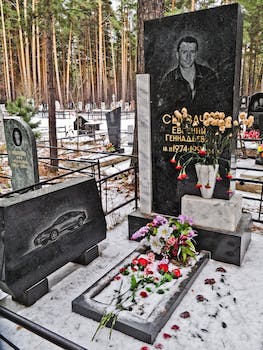 A Spanish embassy cable claims that a Russian-Canadian consortium with ties to organized crime owns a stake in GM.

With one tweet Saturday night, WikiLeaks and its supporters simultaneously took on the Russian Mafia, General Motors, the Guardian newspaper, and also implicitly the U.S. government.

“Censored by MSM: Russian mafia suspected of having ‘sizable investment’ in General Motors,” the official account of Cabledrum.net announced on Twitter, linking to a Spanish Embassy cable detailing Spain’s strategy for combatting the Russian mob.

Cabledrum.net is a site that exists to facilitate easy searching the enormous cache of documents from Cablegate, WikiLeaks’ breakthrough leak of thousands of diplomatic cables. They particularly highlight cases where the mainstream media has posted redacted versions of the cables for reasons other than protecting the defenseless. This appears to be one such case.

On its FAQ page, CableDrum explains, “Sadly, this process was misused by several media partners for redactions that have nothing to do with the protection of endangered individuals. On cabledrum all cables are available both redacted and unredacted.”

The cable itself describes an interview with Spanish National Court Prosecutor Jose “Pepe” Grinda Gonzalez on January 14 of 2010, in which he reviews his belief that Russia has become a kleptocracy run by organized crime linked to Russian PM Vladimir Putin. The cables were published by the Guardian in the UK, Le Monde in France, and El País in Spain.

They were, however, significantly different from the original, significantly less embarrassing to the U.S. government, which had just given General Motors a $50 billion bailout the year before. The American government is the largest single shareholder of GM stock, and as the Wall Street Journal reports, is under pressure from the company to sell its entire stake at a loss of at least $15 billion.

But who would buy it?

Grinda explained, way back in 2010, to that very interested American embassy staffer.

Grinda suggested that there are two reasons to worry about the Russian mafia. First, it exercises “tremendous control” over certain strategic sectors of the global economy, such as aluminum. He made a passing remark that [the U.S. government] has a strategic problem in that the Russian mafia is suspected of having a sizable investment in General Motors via its interest in Canadian auto parts maker Magna International.

The Guardian version of that paragraph is identical, except that everything after “sizeable investment in” was blacked out prior to publication, hiding the references to Russian organized crime, General Motors, and Magna International, an auto parts manufacturer with over 100,000 employees and revenues of $28.748 billion last year.

Magna is itself politically noteworthy. Founder Frank Stronach is currently running for office in his native Austria, having returned after more than half a century in Canada. His daughter Belinda has been a federal MP and power broker in Canada who made news when she defected from the Conservative to the Liberal party. Such was her influence that in 2003 the provincial budget for Ontario was delivered from a room at Magna headquarters, rather than in the legislature, precipitating a legal crisis and public outcry. The 2003 budget is known as the “Magna Budget” to this day, and the Conservatives were ousted in the next election, in part because of the fallout.

Whether the U.S. government will be more or less motivated to sell its shares now that it knows who its fellow investors are is anyone’s guess.