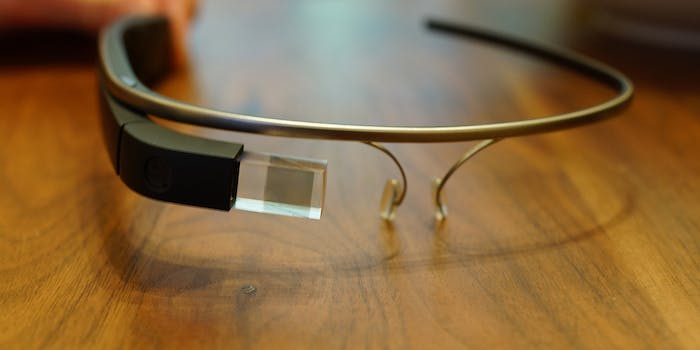 Why wearable tech will replace smartphones

The smartphone is condemned. Wearables passed the sentence. Your future you will bring down the sword.

For the counterpoint to this article, read Janel Torkington’s What’s Wrong With Wearables.

The smartphone is condemned. Wearables passed the sentence. Your future you will bring down the sword.

Strange as it may sound, that’s happening, like, tomorrow.

The smartphone has made the world mobile at a dizzying pace. It’s been adopted faster than any previous technology in history. Steve Jobs unveiled the first iPhone just seven years ago, and smartphones are already in the pockets of a third of the world’s population.

Mobile is entirely reshaping the current tech industry, from hardware manufacturing to app development to software distribution. Not a seat is safe in this feast.

Funnily, not even the future of the smartphone as the first mobile display is certain. New players came to question that.

First, tablets. One of the most trash-talked post-PC devices. Paradoxically, also the only one that beat the smartphone’s fast adoption rate. Tablets cannibalize smartphones; it’s only the superior portability of the latter that keeps them alive. The unfortunately named phablets are the consequence of those blurred lines.

Second, wearables. Despite timidly joining the party with a short-sighted approach — basically as fitness trackers and as supportive secondary screens—wearables have the potential to throw smartphones entirely out of the game, providing a more natural way to interact with mobile technology.

Whether it’s by desktop or mobile, interaction with connected technology is a query-response game.

We launch a query — call a contact, search a keyword, post a comment — and we receive a response in exchange. There are already many ways we can query our mobile gadgets: typing, voice-recognition, and even gestures. Likewise, the response can be narrated or displayed.

However, a display still provides the most natural way to get the info requested and navigate through it. Until technology can provide telekinetic images or any other superior system to see responses, we need a device capable to understand our queries and a display to show results.

Smartphones provide both already, but their evolution is inevitably a wearable directly attached to us, allowing information to hit us right as it’s generated.

The future of mobile won’t be carried in our pockets as extraneous gadgets, but rather worn directly in touch with our flesh, making us feel notifications and even tracking our vital signs.

Unfortunately, wearables haven’t burst onto the scene with a global approach. Due to hardware limitations, current wearable gadgets are mostly smartphone-dependant fitness trackers in the form of smartwatches and wristbands. These function-limited gadgets are just a teaser of what wearable technology will become.

In fact, it’s that short-sighted approach that provokes some users to ditch them within a few months. Those figures question the usefulness of wearables in their present state. However, that doesn’t diminish the concept and possibility of wearables.

Google Glass might change that. First, because it breaks the wrist-trend by putting the gadget right over our ears. Second, because its approach is global, autonomous, and totally oriented to become our main mobile display. Smartphone preachers should be quaking in their boots.

Nonetheless, Google Glass and other upcoming wearables still have to face great tech challenges. In order to replace smartphones, wearables not only have to be both global and autonomous. They must be also perceived as more comfy and down-to-earth than current technology. Otherwise, only the most precipitated early-adopters will drop smartphones.

Will that happen in a relatively near future? You can bet on it. The pace of technological innovation has taken off since the first smartphone was unveiled. Just four years ago, tablets didn’t even exist. Smart wearables are barely 2-years-old.

And in two years from now? Who knows what the state of wearable technology will be, especially when Google Glass is almost ready to hit the production line.

This article was originally featured on Medium and reposted with permission. Emmanuel Lund is a tech industry analyst . He writes words in the morning and code when the sun goes down. Mediterranean gadget-junkie. Dedicated e-learner. Always up for a grog toast.