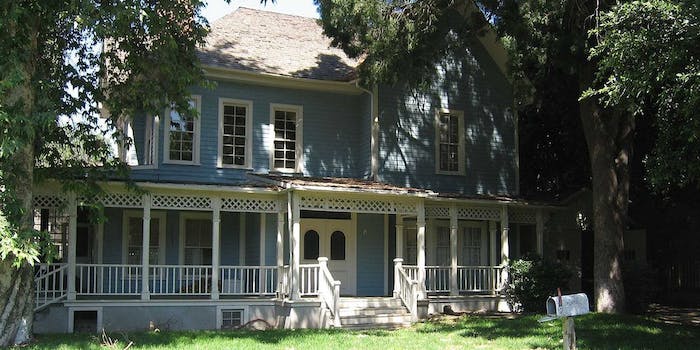 With Gilmore Girls (finally!) coming to Netflix, it's time to revisit everything that made the show so great to begin with.

BY S.E. SMITH AND NICO LANG

All rejoice, for Gilmore Girls will finally be released in full on Netflix, following an escalating game of one upmanship on Netflix and Hulu as the two services vie for supremacy. Tragically, most of these releases didn’t happen at the start of the summer, when viewers are bored to tears by summer television and desperate for something to watch.

As of last week’s announcement, the Internet is collectively flipping out over Gilmore Girls, a little WB/CW television show that stopped airing in 2007. If you’re an outsider to the Stars Hollow, you might be wondering, “What’s the deal?” But if you’re a committed GG fan and want to respond to that question, “Oy, with the poodles already,” allow us to explain.

Gilmore Girls fandom is bigger now than it ever was when the show was actually on the air, a phenomenon shared with other cult hits. Contemporaries like The West Wing and r have built up similar huge followings as new generations of viewers are introduced, thanks to the Internet. People online are obsessed with pop culture; huge forums for discussing minutia provide opportunities to connect with similarly single-minded fans, sites like TV Tropes create a pop culture time-suck paired with an almost scholarly approach (inspired by Wikipedia’s distribution of free information), and organizations like the AO3 create a platform for fanworks, which have become a major avenue of fan engagement.

Releasing shows on Netflix and rivals like Hulu creates a venue for viewing, but the Internet is what creates a zeitgeist around older television shows, a chain of conversations that leads viewers down the rabbit hole. People keep watching Gilmore Girls because they hear about it constantly from their friends on the Internet, and because the Internet, in turn, makes it easy. With each passing year, the fandom grows into an unstoppable force.

2) Nico: It led the charge for alternative families on TV.

In 2014, non-traditional households are all the rage on television, from Modern Family and Parenthood to the seemingly indestructible Two and a Half Men and the recently canceled Sean Saves the World. The show’s hook is about the idea of a mother and daughter who are more like friends than family, an important representation of a changing America. For those who grew up outside of the Leave It to Beaver model of the family, there’s something liberating about seeing your reality (or your creepy close relationship with your mom) normalized in such a loving way.

But arguably, Gilmore Girls is more the story of the town it takes place in, Stars Hollow, and the weird community of people who come together to raise Rory Gilmore. What makes the show so profoundly relatable is that it’s deep ensemble bench compels you to look for your own face in the Connecticut crowd. In a time before BuzzFeed quizzes, we all had our own Gilmore doppelganger. If Cheers told us that we wanted to go “where everybody knows your name,” Stars Hollow was where we were reminded family really is, as well as the many meanings of that word.

Ask any Gilmore Girls fan why the show is so great, and “the dialogue” is likely to be first on the list. The Sherman-Palladinos were an unstoppable writing team (and Amy Sherman-Palladino’s work on ABC’s Bunheads was similarly transcendent). The dialogue is smart, snappy, trenchant, germane, and littered with references; every episode features at least one laugh-out-loud moment, and usually many more than that. Despite the years passing on its milieu (au revoir, Michelle Branch), nothing about it feels dated or clunky seven years after it left the air.

It’s also worth digging a little more deeply, below the superficial shimmer of the dialogue and into the meat: Gilmore Girls commented on social issues of the time, as well as larger cultural phenomena. It was (and is) a feminist show without being explicitly feminist, making it appealing to a wide base of viewers who fell in love with characters like Emily, Paris, Rory, and Lorelai without realizing they’d been sucker-punched by social progressivism until it was too late.

4) Nico: The encyclopedia of pop culture references always keeps you coming back.

For those who purchased the series on DVD, the discs included a handy guide to following along with Gilmore Girls’ cultural lexicon, as any given episode included references to everything from Brad and Angelina to Zoltan Kemeny and Xuxa. It might seem patronizing to those who looked at each episode like a really hard trivia game, but for the show’s teen audience, it provided both a window into the show’s universe and a gateway drug. (As a budding preteen snob, I wouldn’t have gotten into Blur or The Velvet Underground without Lane’s hearty recommendation.)

But as an adult, the Ulysses-like nature of each episode only fuels the show’s rewatchability. Part of the thrill of rewatching any given episode of the show is picking up the little jokes and asides you might have missed when you were fourteen, giving new meaning to an episode you thought you knew like the back of your hand. The comedies that have hung around in the age of the Internet, like 30 Rock and Arrested Development, survived simply because they can feel new any time you watch it. Just because someone gave you a cheat sheet doesn’t mean there isn’t more to love.

5) S.E.: It’s the rare show that’s both woman-led and woman-dominated.

Gilmore Girls marks one of the few series that’s dominated by female characters, and is specifically about the lives of women, not the men around them. While love interests and male characters flutter around Rory and Lorelai, the Deans and the Lukes, they’re not the center of the drama. There’s a reason the show is called Gilmore Girls, after all.

It’s not as simple as attributing the show to “woman power” (Buffy is certainly held up in that respect), as Gilmore Girls was explicitly about women’s lives in a contemporary setting, which made it radical and paved the way for shows like Ugly Betty, The United States of Tara, and Girls. Sadly, its female-centric focus is why it’s often relegated into “women’s television” or “chick shows” by those who haven’t seen it, but programs like Orange is the New Black are continuing to prove that stories about women can be compelling and vital for all audiences, as well as enormously successful.

Fun fact: Jenji Kohan is the executive producer for OITNB, as well as recently departed Weeds. What was her previous job before those shows? She produced 12 episodes of Gilmore’s first season.

6) Nico: The show was perpetually underrated.

Whether it’s Pushing Daisies or Veronica Mars, the Internet loves a pop cultural cause celebre, the show that was perpetually overlooked before it was inevitably cancelled. Gilmore Girls had a much longer lifespan than those two programs, but despite deafening critical acclaim (championed by Entertainment Weekly and TV Guide, who named it the “best show you’re not watching”), it was forever an Emmy bridesmaid. The show received a little love at the Globes, where Lauren Graham received one (!) lone nod, but it never received a major category nomination during its entire run.

However, Gilmore Girls wasn’t alone. The perennial snubbing of critical darling The Wire likewise caused quite the stir at a time when the Emmys still favored traditional prestige over the shows that would come to define the golden age of TV. We don’t usually think of Gilmore Girls beside Breaking Bad or The Sopranos, but it likewise broke barriers in redefining what television could be. Gilmore Girls might not have gotten the love it deserved back in 2000, when it debuted, but it will belong to the ages.