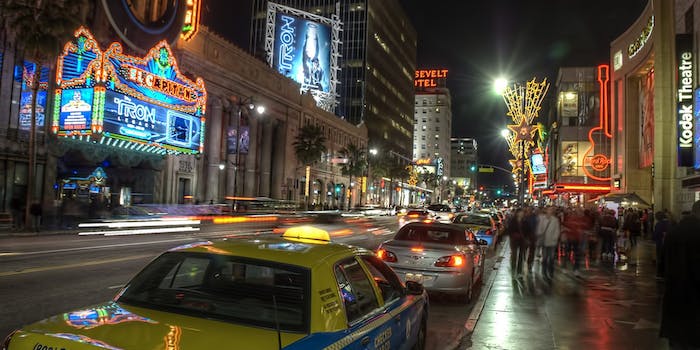 Why young people are ditching Hollywood for Silicon Valley

The piece meandered aimlessly, passive-aggressively dumping on the assistants THR was ostensibly trying to profile in a warm glow (for example, the “new breed of assistant [is] gentler, more self-involved and not necessarily motivated by such time-honored enticements as money”). Put upon vice presidents of important sounding departments whined that the current lot of young assistants “don’t get the whole ‘I’m here to take care of your every need’ mentality,” instead using their time to “gossip [and] play on Twitter and Facebook and IM all day. They’ll do what’s asked but never anticipate their bosses’ needs.”

Along the way, there were also nonsensical soundbytes from THR itself, such as this doozy: “Having been raised on a steady diet of YouTube, Netflix, and other forms of instant gratification, they frequently are shell-shocked by the grueling hours and low pay that awaits them in Hollywood.” These added little nothing to the piece other than more hand-wringing around Internet buzzwords and college grads.

Hollywood assistants, in particular were, outraged, many taking to Twitter to snipe about the hit piece.

TL;DR of this @THR story: “Millennials, those dumbasses” https://t.co/j6usCtYykp

as a former “milennial assistant” i’m offended by this. @IClements1980 did i not take care of your every need?! https://t.co/4XNzanEKAz

So sick of the media calling our generation entitled. https://t.co/qJUDeJYvEU Kiss my ass.

Lol @ this article applying the sad traits of a few plebes to a group that is too old to be considered “millennial” https://t.co/7X5bJ6IbpC

But is it really the fault of these kilobyte-consuming millennials? With their apprentice-type assistant programs not yielding promotions, lower starting salaries with fewer pay increases than ever before, and other industries aggressively recruiting the finest young minds universities can churn out, it’s not millennials failing Hollywood—it’s Hollywood failing its young millennial workforce, instead. The once glamorous industry that had to build thick bars around itself because of the high demands for its jobs is now being beaten regularly by Silicon Valley in every way: pay, corporate culture (who needs an Emmy afterparty when a regular office Christmas Party includes Taylor Swift appearances and in-demand EDM DJs?), and especially the quality of undergrads its snapping up.

If the current crop of Hollywood assistants aren’t up to snuff, a major reason is that when it comes to finding candidates, HR managers just aren’t trying that hard. Hollywood, along with finance and tech, is one of the few industries that hires its entry-level workers in recent college graduate droves. But while the Big Four accounting firms, major consulting firms, and tech titans are known for their ultra-competitive on campus recruiting programs to attract the best and the brightest, Hollywood powerhouse talent agencies and studios expects the talent to find them.

The industry, however, rests heavily upon the old saw of “who you know.” Hollywood powerhouses are notoriously difficult to break into, even for the well-educated, which makes it incredibly hard for qualified candidates without ties to the industry to stand out in a giant stack of resumes (and rest assured, the average talent agency gets thousands of resumes a year). By choosing to actively avoid seeking out the best candidates, and then further creating a near impenetrable barrier to entry, it’s easy to see that the industry certainly isn’t trying very hard to find the best millennial candidates for its entry-level jobs.

A once ‘sexy’ industry that hopefuls courted despite its low paychecks (as short as two years ago, the New York Times was speculating on the hot-button issue of “Why Are Harvard Grads In the Mailroom?”), it’s nothing if not ironic that today’s sexiest industry is run by nerds—and pays a lot better. These days, in the face of staggering tech salaries that come attached to fun perk-laden jobs, it’s even more apparent that the industry doesn’t pay well at all—and year-to-year paychecks don’t increase at the once exponential pace they used to, at all. Entry-level mailroom salaries at William Morris Endeavor or CAA, two major powerhouse talent agencies, hover around $30,000, for the lucky. Full time assistant salaries at agencies are not much higher, around $32,000 to $34,000. Compare that with the average starting salary of a Harvard graduate in 2014: $63,400. Graduates of nearby UCLA average $52,600 to start, and even graduates of “party school” Florida State University start at an average of $42,100.

If Hollywood is below the average post-university pay grade, then it can’t even compete with tech salaries. The average salary at Google starts at $87,500, and Microsoft just over $90,000. Bonuses are minimal, if they exist at all—many major agencies are largely doing away with annual bonuses, and an average mid-level assistant bonus at a top tier agency is usually about $1,000. In stark contrast, bonuses for entry-level investment bankers at major banks, such as Citigroup, averaged around $65,000 this year—and that’s on top of finance salaries that are now starting at an average of $85,000. With cost of living rising far faster than wage increases, it’s no wonder millennials in Hollywood don’t have the same level of commitment to their appointment-scheduling, phone-rolling gigs.

But if Hollywood used to be a lucrative industry in its days of yore, as it turns out, the good old days were not that long ago. As one feature literary agent, only in his late 30s, at talent agency Paradigm told me, “When I was first made agent 10 years ago, we were running spec sales [feature scripts being sold to studios in a one-day competitive bidding war] every week. You’d sell a big spec, then go to the dealership and lease a new BMW. That’s how it was done.”

Now? Variety reported in 2013 that the spec sale market was all but dead: “Writers of feature films earned 34 percent less in aggregate last year than they did five years ago (TV writers did only marginally better).” With sale prices plummeting for show creators, and less money going around in general, extravagant amounts of money aren’t trickling down as they used to—which means fewer roles to be promoted into for millennials, who often get stuck in the assistant path far longer than even their immediate predecessors.

During the 2007-2008 Writers’ Guild of America Strike, with the television industry entirely shut down, talent agencies all suffered massive layoffs and forced paycuts. And while the strike was cleared up in 100 days, savvy agencies realized the value of being able to stay operational with a reduced workforce, and many of the assistants who lost their jobs due to temporary budget cuts found themselves permanently unemployed. Whereas it used to take a bright and entrepreneurial assistant around two years to make it to the junior agent level, it’s nowadays common to see assistants hover around the five year mark before getting promoted to anything substantial.

Room for entreprenurial zeal is all but out the window, with their bosses quibbling over commissions even on the low-paying gigs for their lower level clients (jobs and clients usually dropped on an assistant to cut their teeth on). And with those salaries of writers dropping 34 percent in the last five years, agents payouts have dropped with them, meaning upper level Hollywood types are holding on to their jobs with far more tenacity than they used to in years past—implementing a fairly firm cap on jobs available to assistants that previously would have matriculated at a far brisker clip.

All this sniping isn’t to say that the mentorship experience of working a Hollywood apprenticeship can’t be rich and rewarding. As a former four and a half-year Hollywood assistant veteran, as well as a millennial, I’ve been lucky to have great bosses who bolstered my nominal salary with actual teaching lessons. There was the film agent who made me elevator pitch him every client in the department when I asked for a promotion to coordinator—a practical lesson for a future sales agent. Then there was the senior VP of the TV studio, who made sure to include me on notes calls with Emmy-winning writers, not just as a silent note-taker, but as a participant, making sure to give me credit by name when mentioning my notes and edits to the scripts in question.

My bosses made sure that I got more out of the job than perfecting the art of a cup of instant coffee, but stories like that are few and far between. Those types of bosses may make you want to work harder, shitty salary be damned, but when the only perk of mentorship is taken away—what incentive do millennials have to remain as constantly motivated?

No matter how much Hollywood has failed its entry-level aspirants in recent years, it ultimately comes back to the hiring managers. As Jesse Singal wrote over at New York magazine when eviscerating the THR piece, “The job market is horrible. I promise, promise, promise there are millennials out there who will eagerly exhibit every bit of the obsequiousness terrible people in Hollywood demand… We seem to be breaking into the ranks of law and medicine and journalism and quantum-mechanical research just fine. I have a feeling that if you look hard enough, you can find someone willing to tear themselves away from Instagram long enough to find you a soy latte. Don’t blame the generation if you don’t know how to hire a competent human being.”

Are there entitled millennials? Sure. But maybe all that time The Hollywood Reporter thinks they spend feasting “on a steady diet of YouTube, Netflix and other forms of instant gratification” isn’t because they’re lazy and uncommitted—and that steady diet, and keen understanding of the digital space, is what’s propelling those same millennials’ careers forward at an astronomical rate in the tech industry. Tech allows those same earnest new alumni the chance to make plenty of money in a rapidly innovating field, and dashes in even better perks than Hollywood could once offer, in exchange for hard work and zeal.

Is it any surprise then that the smartest students, even the non-programmers, are thus opting to head north instead of south, when choosing to move out west? If young people abandon Hollywood, the industry will only have itself to blame.

Photo via Neil Kremer/Flickr (CC BY 2.0)