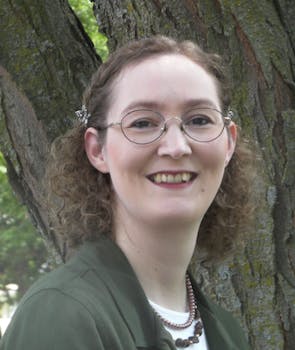 Victorine E. Lieske can tell you why your book is not selling

If you want to know why your e-book isn't flying off the virtual shelves, you might check out Victorine E. Lieske's blog.

Nobody doubts that a lot of work goes into writing a novel. But with the advent of myriad self-publishing options, we don’t always hold the ebook up to the same standard.

Bestselling ebook author Victorine E. Lieske knows this is the case. Her blog, Why Is My Book Not Selling?, reminds hundreds of authors that the ease of self publishing doesn’t replace the importance of good plot, editing, and cover design.

Lieske has learned this lesson through example. Six years ago, the 39-year-old small business owner (she designs and manufactures rubber stamps) found herself bedridden due to a back injury. She couldn’t get up, so she wrote continuously. Within one week, she’d written the manuscript for Not What She Seems, her romantic suspense debut.

However, one week of writing did not a perfect novel make. She spent the next four years in critique groups with other aspiring authors, learning to rewrite and revise. When Lieske felt her book was ready, she decided to take a cue from Joe Konrath, an author and blogger she admires, and publish it herself.

“He was making real money by publishing on the Kindle. I knew I didn’t want to spend years sending out query letters, so I self-published,” Lieske told the Daily Dot.

After just a few months, however, the tables turned: Agents began sending out queries to Lieske about her increasingly popular novel.

“Sales grew, and after a few months I published the print copy because customers were asking for paper copies,” she said. “A year later my ebook had sold over 100,000 copies and had made the New York Time’s best seller list. I had agents and editors from large publishing houses emailing me. It was a very surreal experience.”

Today, Lieske is considered by other writers to be “one of the most successful self-published authors on the scene today.” But while it’s tempting to think of Lieske as an overnight success anyone can emulate, the author herself knows that the four years she spent revising her first novel were just as important as the week she spent writing it. She began her blog in July, 2011, to assist other authors with revisions and critiques.

“I was getting emails from authors who had seen my success and wanted to know why their own books were not selling well,” she said. “I would try to help them, but found that what they really needed were critiques from more people than just me. This is how the blog was formed.”

On Why Is My Book Not Selling?, Lieske only critiques books that authors have personally submitted. For each review, she offers her own opinion before opening the floor to commenters. She said the ebook community is so friendly and helpful, she’s only ever had to delete one destructive comment.

Lieske said she loves the self publishing community not only because of the ease of ebook technology and inexpensive cost, but because there’s less of a divide between authors and readers—it’s easy to find, chat, and even get critiques from successful ebook authors online.

“I love the indie author community,” she said. “The majority of the authors are supportive, helpful and willing to give of their time and talents to help others.”