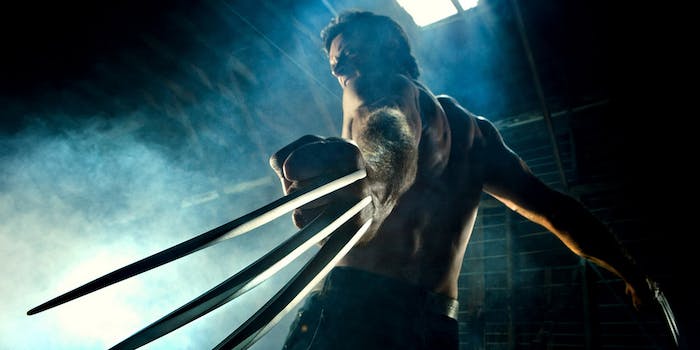 Why I love the ‘X-Men’ movies so much

For me, X-Men is more than just a movie.

Picture it: You’re 13 years old, and you’re starting to notice that you’re different from the other kids at school. Despite not knowing exactly what’s going on, you know that it’s important to stay hidden. If you work at it, you can keep the secret. If you’re exposed, you face being rejected by your family, shunned by your community, or even beaten or killed. All for just being who you are.

If this sounds familiar, you’re not alone. There is a whole movie franchise that understands where you’re coming from.

X-Men: Days of Future Past opens this weekend, the most recent in a long line of superhero movies that seem to dominate the box office these days. But unlike in our adolescence, it’s not gender or sexuality that takes center stage in the X-Men universe. It’s marvelous genetic mutations that give people superpowers that they can then use to do good. Or evil.

It seems like ages ago when the Bryan Singer-helmed X-Men hit movie theaters in 2000. Unlike previous superhero adaptations, here was one that mostly jettisoned the comedy and took its source material seriously. (If you remember Tim Burton’s Batman movies as being only dark and serious, prepare yourself for a shock if you rewatch them.) As a gay fan of comics who had connected so strongly with the series growing up, it was exciting to see these characters brought to life under a gay director, and a lot of the parallels between the queer experience and mutant-kind explicitly acknowledged.

Fans of the X-Men comics might have risen up in bloody revolt if the movie had mined the stories for two hours of laughs—there hasn’t been another property as consistently melodramatic and angst-y in all of comicdom. Fortunately, it wasn’t just hard-core fans who appreciated less slapstick and more real drama. The films were huge successes and spawned a renaissance in good superhero storytelling at the movies, most notably with the Marvel Studios movies like Iron Man and The Avengers.

But it all started with the comics.

The first comic book I ever bought for myself was Power Pack, about four superpowered preteen siblings. I bought issue 12 at a 7-Eleven store from a spinner rack while on a junk food run. This was back in the olden days. There was no digital download included with purchase.

Before that, my only experience with comics had been the likes of Richie Rich and Casper the Friendly Ghost or the occasional safe and sanitized Superboy comic. Power Pack was a revelation.

The plot centered around Annalee, a woman who wanted to kidnap the Power children and adopt them as replacements for her own, who’d been murdered. She lived underneath New York City in the storm drains and sewer tunnels, along with a whole community of outcasts called the Morlocks. The issue contained some spectacular fights, superpowered team-ups, and excitement, and by the end of the issue, the kids have escaped and are safe at home. (Or are they?)

The odd thing that stuck with me about the book was that, unlike the few other superhero comics I’d read, the book seemed to contain no villains! Sure, Annalee was trying to kidnap the kids, but you could see how miserable she was, and your heart went out to her. You could see how difficult it was for those who lived beneath the city and couldn’t blame them for being angry and quick to violence.

This was my introduction to the different kinds of stories comics could tell, and I was immediately hooked. Guest-starring in that issue? None other than the Uncanny X-Men.

I devoured hundreds of superhero comic books, including tons of X-Men comics, throughout junior high and the start of high school, but I eventually figured I’d grown out of them. I came out as gay at 15, discovering youth support groups in Washington, D.C., and a gay life that didn’t have to be coded in terms of mutations and superpowers.

It wasn’t until well after college that I returned to comics, discovering not just superhero comics that had started to portray more real-world diversity in their characters, but independent comics that skipped the fantasy altogether and were showing the complexity and beauty of queer lives in a way I’d never imagined.

That’s been the world that I’ve lived in for the past dozen years or so, helping queer comics creators find their audiences, first with the nonprofit Prism Comics, and now with publishing house Northwest Press. I realize now that the idea I could be too grown-up to read comics was a silly one; I was just hungry for new and different stories, and now I can help other people find them too.

I will occasionally pick up and try some superhero comics these days, but I’m not a regular reader. What I am, though, is a rabid superhero movie fan, and will definitely be there in line with my popcorn and Red Vines to see what they’ve come up with in the latest installment in the X-Men movie saga.

I’m glad to see that Singer has returned to the franchise as director, bringing his experiences as an out Jewish man to the story of these superpowered mutants. And I’m glad kids today can head to their local multiplex and get acquainted with these characters and their struggles and have the chance to think of themselves not as outcasts but heroes waiting to be revealed.

This post was originally featured in The Advocate and republished with permission. Charles “Zan” Christensen is the Publisher of Northwest Press, a publishing imprint devoted to providing the highest-quality lesbian, gay, bisexual and transgender graphic novels and comics collections.