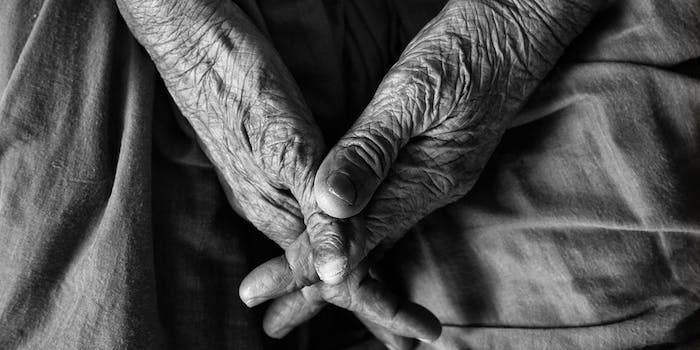 Why getting older is a gift

I’m happy to have realized there are bigger issues in the world to fix than growing older.

If I’m being completely honest, I wasn’t looking forward to my birthday this year. As a gay man it’s pretty easy to get caught up in the youth-focused culture, and the fixation on looking, acting, and being young. I’ve even met some gay men who would seemingly rather die than have their actual age known.

The feelings I associated with getting older within the gay community were not that far removed from the feelings my friends and I felt during our coming-out processes: shame, fear, guilt—all for a different reason. While once they were all imposed by societal norms and expectations, they’re now self-imposed by the standards of our own community.

The pursuit of maintaining youthfulness isn’t a new phenomenon by any means, in either the straight or gay world, but I realized I had a choice in how I approached it. Unlike the case with many LGBTQ youth who are feeling shame, fear, and guilt due to outside forces, my own emotions surrounding age were my decision. I could either wallow in self-pity or I could use each year as an opportunity to do something.

Since 2008, I’ve had the honor of being able to use my platform as a YouTuber to help shine light on the Trevor Project, the leading national organization for suicide prevention among LGBTQ youth, exists and is available to help young people in crisis. For those going through the trials of being young and gay across the United States, the Trevor Project provides a free, confidential lifeline available 24/7. Whether making videos about it on my channel, being an intern for the group in 2009, or hosting its annual benefit’s red carpet, it has always been important to me to include the Trevor Project in my work.

When I was two months away from turning 24, I was doing a Q&A on my YouTube channel. When asked what it felt like to be turning 24, my instinct was to complain about feeling ancient, but I gave it some thought and realized 23 had been the best year of my life so far. Why couldn’t 24 be even better? It was scary how easily I slid into the comfort of pessimism surrounding age, allowed to simply be grumpy and negative and spiteful toward youth—it was a scary realization of a thought process I almost allowed myself to assume.

So I shed it, at least for that moment, and decided 24 was going to be great. I decided to stop sitting in my birthday party hat, full of self-pity because of a couple more wrinkles, and realize that there are LGBTQ kids out there who think that just because of their identity, they aren’t worthy of reaching the age when they begin to get those wrinkles. My problems were minuscule.

That’s when I decided I wanted to actually do something that would turn the physical act of turning 24 into something tangibly good for others. I would attempt to raise $24,000 for the Trevor Project—instead of resenting my birthday, I’d try to help others reach more of their birthdays. Over the course of a campaign full of hustling, begging, and promoting, my community came together to help raise $29,000 by our deadline. I was astounded.

Now, a year later, it took a bit more work to get myself back into the mood of feeling positive about my age with so many forces working to ensure I should resent turning 25. While making a year-end review of my 2013, I remembered nine months prior to my birthday, and all the money raised to give troubled LGBTQ youth someone to talk to. I decided turning 25 was going to mean something even bigger.

I made a video explaining my goal, offering incentives for people to get involved, and encouraged my people to spread the word and to share why the Trevor Project was important to them, even if they didn’t know it. After six days of the 50-day campaign, we reached our goal—more than five times the amount of last year. At the end of the full campaign, we had raised $525,704. I never would have imagined so many of my people would believe in a cause so close to my heart.

While I do hope my platform continues to grow as each year passes, I also hope that I never lose sight of what each added year to my age could also mean: another 365 days to help people overcome the actual difficulties in life—unsupportive families, confusion about identities, lack of support or outright violence. Sure, I can still be stressed about a few more wrinkles, but I’m happy to have realized there are bigger issues in the world to fix than growing older.