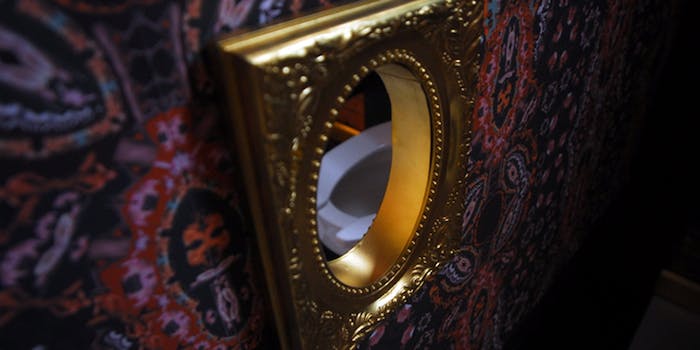 A recent study found one in 10 of men seeking men ads on Craigslist are looking for a male partner who does not identify as gay.

The study, published in the journal Psychology of Sexual Orientation and Gender Diversity, found one in 10 of “m4m” (or men seeking men) ads on Craigslist are looking for a male partner who does not identify as gay—straight, married, curious, bisexual or guys on the “down low.” And only about a quarter of those ads were posted by other non-gay guys. “This suggests that many of the posts are placed by gay men seeking [non-gay identifying] men, perceived by some gay men to be more masculine, dominant, or ‘straight-acting,” wrote the study’s press release.

Current analyses as to why potentially 7.5 percent of Craigslist-posting gay men search out straights range from “Of course!” and asserting internalized homophobia. But most studies like this are not trying to figure out why gay men have this attraction but what sexual behavior it leads to for HIV/STD prevention among all involved.

In an essay for Salon, Tracy Clark-Flory interviewed therapist Joe Kort, Ph. D., who has pointed to a number of reasons that gay men want to sleep with straight men, among them internalized shame and a longing for fitting the “normal” masculine mold. “[These gay men] seek out the privileged male, which is usually the straight man, and gives them the illusion that they are accepted by the type of male who usually rejects us,” Kort argued.

To be fair, he’s not alone: ever-upbeat LGBT YouTube star Davey Wavey once agreed, “Our infatuation comes from a place of self-hate.”

This might be true for some, but why such harsh language for the gays when the presumably straight guys that answer these ads get off scot-free? “These men are not attracted to the men, they are attracted to the quick and easy sex that doesn’t involve social skills or getting to know one another,” said Dr. Kort, who is also the author of Is My Husband Gay, Straight, or Bi?. “For many of these guys, they say it is an opportunity for sexual release. They can engage in more kinky and fetish-type sexual acts that they cannot readily find amongst women.”

But the same could be said for why the gay men want straight men—couldn’t it? Simply scratch out “women” and replace with “other gay men.”

Perhaps these gay men are not attracted to the straight man’s heterosexuality. They are attracted to the quick and dirty sex that doesn’t involve romance or the need for niceties. Couldn’t these gay men seek straight men in order to ensure true NSA sex, to try out a stigmatized role-play or fetish, or even just to avoid the possibility of having a mutual friend with their hook-up?

Women who have anonymous sex with straight men have been met with similar stigma. Studies have shown both men and women see women who don’t conform to sexual norms regarding promiscuity more negatively. Zhana Vrangalova authored a 2013 Cornell study on this double standard. Vrangalova found that promiscuous women “are ostracized for being ‘easy,’ whereas men with a high number of sexual partners are viewed with a sense of accomplishment.”

So how much of the stigma put on these straight-seeking gay men is valid and how much comes from our own biases?

A century ago, the imagined hook-ups that follow these Craigslist ads were the norm. Men, whom we would now divide into straight men and gay men with a homo-hetero binary were classified instead on the basis of their masculine or feminine behavior and insertive or receptive sexual role. George Chauncey documented this life in the must-read Gay New York. “Normal” (read: straight) men would regularly sleep with effeminate receptive male partners—without any effect on their sexual identity. For the receptive partners, contempt and violence often followed, as it did for women without male guardianship at this time.

One hundred years later, not much has changed. Guys still fuck guys even if they don’t fit into the gay and bisexual boxes we’ve created. Do we judge and stigmatize these men for fulfilling an urge for quick and easy sex? Or do we propose equal opportunity (and outcomes) for everyone who wants to get down and dirty? Only the latter would reduce HIV infections, which is what the end goal of this Craigslist study is to begin with.

Photo via Beth Rankin/Flickr (CC BY 2.0)