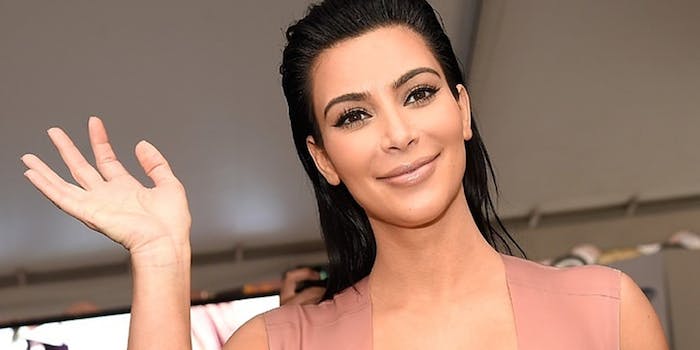 Why do women love to hate on each other on social media?

What lessons do social media 'feuds' teach our daughters—and ourselves?

It’s International Women’s Day, a special day within Women’s History Month to promote and support women and girls all over the world. And yet, on a day where people should be celebrating the awesomeness of women like Malala Yousafzai, Marley Dias, Leymah Gbowee and others like them, one of the biggest stories pulling attention is the fact that Kim Kardashian posted a (yet another) nude selfie and people have many feelings. So many feels. And all these feelings illustrate why growing up as a girl in this society is one rough ride.

Because it was a day ending in the letter Y, social media maven Kim Kardashian decided to blow up the Internet with a nude selfie. After much speculation as to whether it was new or not (it was actually taken over a year ago), folks started to weigh in. The first thing to understand is that Kim Kardashian may be many things, but above all, the girl is a businesswoman. She is not some naive little lady who doesn’t understand the repercussions of tweeting a nude selfie with only black bars covering her bits and pieces. She knows it will get folks talking, keep her name in headlines, and above all, net her some profit.

When Kim K. posts something like this, she is doing so with full agency and awareness. She does it with purpose. And she does it with hefty privilege.

But, it’s a free society and folks can respond as they like. For instance, actress Chloe Grace Moretz responded to Kardashian’s tweet with a bit of a reproach:

@KimKardashian I truly hope you realize how important setting goals are for young women, teaching them we have so much more to offer than-

Ouch. I completely get where Moretz is coming from. We DO want young girls to know they have a lot to offer, and definitely not just their bodies. But at the same time—there is nothing wrong with their bodies. It’s a super-fine line to walk. But, because this is 2016 and people have access to the Internet, this wasn’t the end of it. Kardashian just had to respond:

let's all welcome @ChloeGMoretz to twitter, since no one knows who she is. your nylon cover is cute boo

And this is where the problem really manifests. We’ve now gone down the rabbit hole of women hating on women for…being women. On International Women’s Day eve of all times.

What I wish, however, is that we— as women—can find a way to talk about important issues so without demeaning or disparaging other women. We already get enough of that as it is from the media at large. Look at any tabloid (online or at the checkout in the grocery store) and you’ll see headlines like “CELEBRITY WOMAN FLAUNTS HER POST-PREGNANCY BODY.” And, of course, you can’t escape all the headlines about “BIKINI BODIES!” or “SLIMMING WEIGHT LOSS SECRETS!” Between messages like these and the proliferation of very specific body types in TV, film, music, and elsewhere, it can be incredibly frustrating growing up female (obviously being a girl and a woman has many challenges, this is just one of them).

How do we fight back against a system that perpetuates unhealthy ideals about womanhood while at the same time allowing women the space and the place to celebrate their own bodies?

And here’s the crappy part. How do we fight back against a system that perpetuates unhealthy ideals about womanhood while at the same time allowing women the space and the place to celebrate their own bodies? It’s hard, because we all have opinions, but there has to be a way that we can talk about societal ills without denigrating our fellow females. Is Kim K (and her entire family) part of the problem?

Somewhat. But the way we talk about her is also problematic. And can we find ways to call her out without slut shaming or body policing? I know we’re better than that. Because as much as I want to teach young girls (and boys) that women are much more than the sum of their body parts, I also want them to know that it’s also not okay to shame women.

Bette Midler, comedienne extraordinaire, was able to do so. In her now viral response, Midler responded in a way that took aim at Kardashian’s love of the selfie without hitting low or personal:

Kim Kardashian tweeted a nude selfie today. If Kim wants us to see a part of her we've never seen,
she's gonna have to swallow the camera.

That’s the way to do it, if you really have to say something.

Avital Norman Nathman is a freelance writer whose work places a feminist lens on a variety of topics, including maternal health, reproductive rights, gender, parenting, and pop culture. Her first book, The Good Mother Myth: Redefining Motherhood To Fit Reality, came out in 2014 from Seal Press. She’s currently working on her second book, looking at the idea of perfection within the U.S. birth industry. Follow her on Twitter @TheMamafesto.