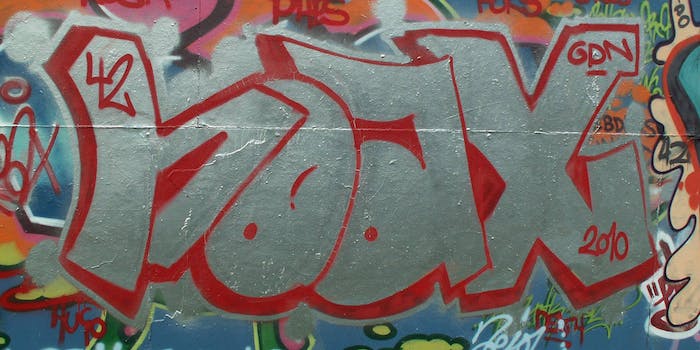 Why do we (still) keep falling for online hoaxes?

Yes, we all love the Onion. We all love well-done, Internet-based satire— the kind that actually displays tact and cleverness. With the Onion, most people recognize it for what it is. The problem with hoaxes, or what many people will try and write off as “satire,” come in many annoying shapes and sizes, and just like a dog trained by Pavlov, we collectively fall for it hook, line, and sinker all the time.

It’s time to realize that enough is enough; these unbelievably stupid Internet hoaxes have got to stop. And guess what? It’s your fault that they exist in the first place.

Did you really, truly think that some kid drank a rat in a bottle of Dr Pepper, or were you just in the middle of a pointless, childish fake rage cloud that prevented you from letting reason prevail? Even the smallest amount of thinking, and using your eyeballs to some degree, would have shown anyone that the Dr Pepper rat hoax was very clearly a Halloween decoration put in a bottle to get attention for the family that made the claim. And probably money. Also, definitely money. But I digress.

Also, it should be noted that some very helpful YouTubers have pointed out that a rat would very easily dissolve in soda in not too long of a period of time, so it would have essentially been liquified rat juice anyway. Thanks again, science!

That isn’t how it works these days, though. We see a headline from a seemingly credible news source about a kid who was blissfully unaware he was drinking rat-polluted sugar water and can’t click share fast enough. Be honest: Reading that back, you feel a little silly for thinking that was a real thing, right? Many people will simply read a headline or a first paragraph of a story and think they have everything they need to be expertly upset, and they will share it with their similarly trained friends on Facebook.

Guess what? It’s your fault that they exist in the first place.

Those friends blindly trust that whoever shared it is trustworthy enough to know what they’re talking about and thus, the unintelligent chain reaction begins. Seriously, how hard is it to bookmark Snopes?

Let us look at another classic example, shall we? Remember last year when a bunch of pictures of a Durex-brand pumpkin spice condom started showing up in your news feed? Credit where credit is due, because the dude or lady who Photoshopped that thing did a nice job, but let’s be real, this was very obviously a joke. Yet, everyone and their mother (unfortunately) was sharing it around like it was a real thing, talking about how anyone would buy this is stupid and that the pumpkin spice craze had gone too far. That was the joke. That was the point. Yet instead, it sailed over everyone’s head and made them look utterly silly instead. If these condoms had been a real thing, bros wouldn’t have been able to snatch them up fast enough as they waited outside of Starbucks trying to snag themselves an unsuspecting girl in UGG boots and yoga pants, who would presumably be drinking a pumpkin spice latte.

Seriously everyone, can we not take a moment to just use some simple logic for a minute? Did the first eight or so seasons of The Simpsons teach us nothing about irony and how to look at the silly things in life through a lens?

It may seem like an obvious point that you should definitely read what it is you are sharing on the Web, especially if you are going to throw an unnecessary rage fit about it on Twitter. But apparently it isn’t all that obvious, or these things wouldn’t be perpetuated, would they? Don’t get me wrong, I understand that in the age of potential President Donald Trump being a very real thing, the lines of reality are very blurry. But still, we need reason to prevail now more than ever, being that Trump’s campaign is a very real thing and the Dr Pepper rat isn’t, yet more people seemed to be worked up over the latter. Are you starting to see the problem here, clickbait clickers?

For one, if you are seeing a news story on a site like CNN or NPR, it is perhaps more likely that they did some research and that there was some quality control put into the content they decided to publish. We’re gonna leave Fox News out of this for now. However, most soda rat-type stories will be found on websites that spell news with a Z or try to sound legitimate by using words like Gazette or Tribune but only sound vaguely like something real. Use some very simple deductive reasoning when reading or sharing something. Does the website look legitimate?

Just because you have seen this story everywhere does not mean it is real.

Have you heard of the website before? Is the Los Angeles Times also talking about how a university in Europe actually cloned a dinosaur? If not, then it’s probably total garbage. Like the people who write that crap.

Another thing to be aware of is this: Just because you have seen this story everywhere does not mean it is real. People have a strong tendency to think that if they are seeing the same piece of information all over the place, even if it is just on social media or clickbait websites, they are much more likely to assume it is true. Seriously, don’t do that. Do not be afraid to be the wise one and say “this kind of smells like bullshit.” Pack mentality is not exactly the most helpful thing that humanity leans on—just ask any historian.

One could easily make the argument that the responsibility lies on the creators of this completely falsified content to stop making it, not on the people who share it. That is certainly a valid argument, because the people who are pulling off these hoaxes are truly the worst kind of people. However, that is simply not how things work. If there is a dollar to be made or an audience to be gained, things like this are going to persist. The responsibility will ultimately lie on the audience to simply not buy into it or perpetuate it.

So, next time you see a picture of a pumpkin spice-flavored condom or some new Bigfoot evidence, be sure to think twice before clicking the share button, would you?