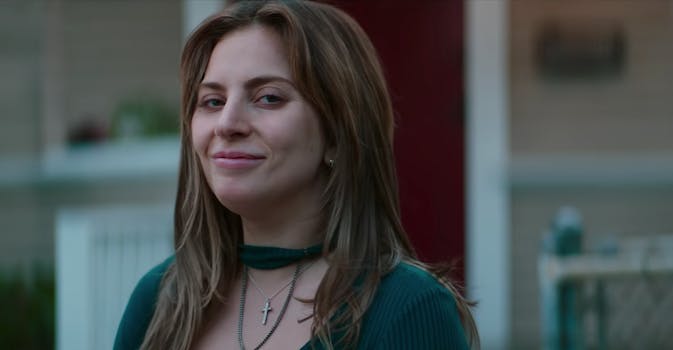 A meme is born: Why people love Lady Gaga’s ‘Why Did You Do That?’

Just try *not* dancing to this song.

Until there is an Oscar for Best Song As a Meme, there will be no justice in this world.

As was recently reported, three original songs from A Star is Born are being submitted for the Oscars. It only makes sense that “Shallow,” “I’ll Never Love Again,” and “Always Remember Us This Way” are being considered for the big prize, as they have helped the film’s soundtrack top the charts and have left audiences in tears.

But in this conversation, there is one glaring omission: the song “Why Did You Do That?”

If “Shallow” has dominated the airwaves and “Always Remember Us This Way” has dominated our tear ducts, “Why Did You Do That?” and its memorable line, “Why’d you come around me with an ass like that?” has dominated the internet. The think pieces and memes around this song have generated enough traffic to clog a Los Angeles freeway.

According to critics, the fascination with “Why Did You Do That?” all seems to come from the same central issue: Is this song “so bad it’s good” or is it a genuinely good song? As Vulture’s Nate Jones put it, “is it terrible, is it a bop, or is it a terrible song that’s also a bop?” The New York Times’ Kyle Buchanan wondered, “…if the song is so paper-thin, why can’t I stop singing it under my breath?” Jezebel’s Hazel Cillis took a defensive posture, chiding, “Hear that, Jackson Maine? Ally does have something to say and it’s that cute butts drive her insane.”

The songwriter herself, Dianne Warren, has weighed in:

Here at Daily Dot, we know that the best way to get at the heart of the matter is to look at the memes. And it looks like the memes agree with Warren. For every tweet complaining about the song, you can find a dozen memes celebrating that feeling when someone comes around you with an ass like that.

You can make witty remarks about the moral conflict that comes from enjoying a song that is meant to be read as a sellout release:

the worst A Star Is Born take is that "Why Did You Do That?" is a good song

But there are far more memes out there simply celebrating “Why Did You Do That?” for its unpretentious, danceable joy.

me every time "why did you do that?" comes on pic.twitter.com/KqumDgXz24

This isn’t to say that we shouldn’t be writing and thinking about songs critically. But the vast majority of Ally’s in-film and real-life fans aren’t going to approach the song by trying to suss out what it is trying to say about her and Jackson’s views on fame. That is the purpose “Why Did You Do That?” serves in the film—but it isn’t necessarily how audiences will receive it. They are going to blast the song as they are getting ready for a night out, belt it in the shower, and post dances to it on YouTube.

With “Why Did You Do That?” A Star Is Born created a guilty pleasure song in the film that has gone on to become a guilty pleasure song in real life. The conversation around it is similar to the discourse we had around Taylor Swift’s “Shake It Off” or the entire existence of The Chainsmokers. While critics ask why people like it, people are too busy liking it to notice.

Anyone who has ever even thought about attempting to do art will appreciate the central question raised by “Why Did You Do That?” in A Star is Born. Ally’s British manager, Rez (Rafi Gavron), who is not nearly as slimy as similar British managers in other similar stories, would argue that a song is good if people like it. Jackson Maine (Bradley Cooper) would argue that audiences really have no idea whether or not a song is good: a song is only good if it speaks the artist’s truth.

The tension between the two positions comes to a head when Jackson and Ally have an argument in a bathtub. Jackson rightly points out that the lyrics to “Why Did You Do That?” are corny. Ally rightly points out that Jackson is drunk. A lesser film would settle for Jackson being either wholly right or totally wrong. A Star is Born insists that there is something about “Why Did You Do That?” that is good and does matter, no matter how many lines about asses and jeans it might have. However, the film also contends that it doesn’t matter how good the song is if Ally doesn’t feel authentic while singing it.

The final song of the film, “I’ll Never Love Again,” is “written” by Maine and offers a level of seriousness that is missing from “Why Did You Do That?” But, the song isn’t a stripped-down alt-country Maine tribute. It is a soaring, audience-pleasing slow jam in the style of Whitney Houston. The song suggests that while Ally learned many things from Maine, she also took something from Rez and the success of “Why Did You Do That?”

A song can be corny or maudlin or overwrought and bring joy to millions of people. A song can have a line that makes you laugh and also make you dance. A song doesn’t have to be worthy of a glowing Pitchfork review to be worthy of singing in the shower.

As Dianne Warren said, “Music can be everything.” And as long as the music is something, the memes will come.