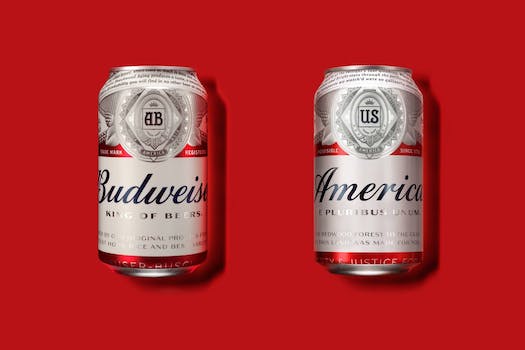 Budweiser wants to make beer great again, and this summer is the perfect time to do it.

America. Land of the free. Home of the Bud?

That’s the association that Budweiser is trying to make with its latest marketing stunt in renaming its signature product “America” for the next six months. Despite the all-inclusive sounding name, depending on what type of American you are, maybe this Bud’s not for you.

Unless you’ve been living on Mars for the past year, you know that we are in the middle of one of the strangest and most heated presidential elections in history. By attempting to tap into the conversation surrounding the 2016 race, Budweiser is risking alienating a large swatch of their fanbase.

Even the name “America” can be seen as politically polarizing. For years, conservative America has laid claim to the most overt patriotic symbols. Whether Budweiser understood this or not, they have positioned themselves as the beer of middle America. Of red meat-eating, red state America.

I predict that “America” is going to be a smash hit.

Even the presumptive GOP nominee Donald Trump, whose campaign slogan is “Make America Great Again,” says he believes he inspired the name change. “They’re so impressed with what our country will become that they decided to do this before the fact,” Trump said during a recent interview on “Fox and Friends.”

Trump taking credit isn’t as silly as it sounds. While he may not have inspired any marketing decision, both Trump and Budweiser have succeeded by tapping into an American psyche that is bold, brash, and unapologetic. Trump and Budweiser are a perfect match, considering the way they project an over-the-top image of masculinity. And their philosophy is shared by a lot of people. It’s a belief that to be strong is to be American.

If you’re sipping on a craft beer IPA, you’re less manly, and thus, less American. When you look at their taglines from this year’s Super Bowl ad, they proudly declare that Budweiser is “not soft,” “not imported,” and “not a fruit cup.”

Rebranding itself as “America” is a logical continuation of their messaging, but the lack of subtlety in this move opened them up to a slew of criticism. I didn’t read Budweiser’s press release, but in this day in age, it can be impossible to control your message once Twitter gets a hold of it. Never one to hold back, most people who saw this on social media did a spit-take.

Like America the country, Budweiser the beer is only sometimes tolerable and will make you fat. https://t.co/kxAOCUNIm4

Yesterday, shots were fired across the industry with the unveiling of ’Murica by Saugatuck Brewing Company, a craft beer company out of Michigan. Taking Budweiser’s idea to its logical extreme, ‘Murica beer is crafted by 1,776 bald eagles and tastes like freedom. While this all might be fun and lighthearted, there was one criticism that really struck a chord, and it was one everyone was making, Republican and Democrat, bloggers and social media commenters alike: “America” is no longer really American.

Back in 2008, Anheuser-Busch was sold to Belgian brewing giant Inbev, and Budweiser faced a pretty big backlash. This criticism had more or less dissipated over the years, but the launch of “America” has called their financial patriotism into question.

Don't worry, Budweiser. I fixed the typo on your new cans. pic.twitter.com/dk8FU21rv2

Outside of the immediate reaction on social media, it will be very interesting to see how millennial consumers will react. The base of consumers who were never attracted to Budweiser, those who prefer to order imported (or as Budweiser would say, “fruit cup” beer) likely won’t be swayed by a marketing redesign on cans. But there is a very real segment of millennials that will forget how turned off they are by Budweiser’s association with the 2016 elections come Aug. 5.

That’s the start of the summer Olympics in Rio. Perhaps the only time in 2016 that the country will come together. From the Fourth of July through the end of the Summer Games, I predict that “America” is going to be a smash hit. It’s going to be hard to choose Coors or Busch for your Olympics watch party when it’s in the aisle alongside “America.”

This might help Bud make a dent against their competitors, but not all brands could get away with removing your name from your packaging. Where “America” takes fewer chances in how they plan on redesigning their product, the signature look and font remain consistent with what their brand has developed for decades.

Come July, you might have to squint to even notice that it no longer says “Budweiser” on the front of their cans.

Joseph Anthony is a marketing expert, cultural anthropologist, and CEO of Hero Group, a full-service marketing/branding/advertising agency geared toward millennial culture. Follow him on Twitter @joeanthonynyc.