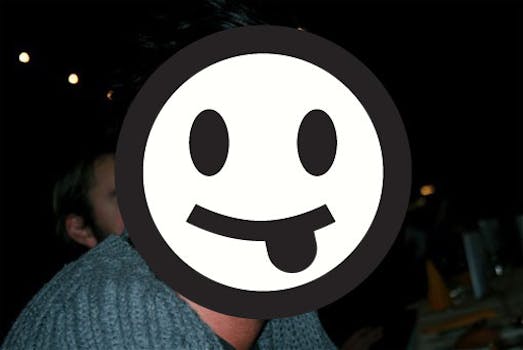 “For the next six months I’m going to make your life better,” boasts the tagline of the Free Help Guy. The blog, created by an anonymous man living in the United Kingdom, is determined to help anyone who contacts him with small or large life issues.

“Perhaps there was a bit of curiosity and a chunk of boredom (it’s been a long winter over here in the U.K.) behind the idea, but it basically started on nothing more than a whim,” the Free Help Guy explained to the Daily Dot.

The blog does not seek any sort of payment or donations; its intent is to genuinely, earnestly aid people.

“I didn’t expect much of a response, yet got a huge one,” the Free Help Guy admitted. “I’ve probably had about 200 emails, tweets, and Facebook messages from people all around the globe.” The most common request? Help finding a job.

So far, the Free Help Guy has walked someone’s dog, helped a man find a date, and even acted as a London tour guide.

There have been two wishes he’ll never forget.

“The email was from a couple in Plymouth, U.K., who had taken in, housed, fed, and got a job for a homeless man the year before. Having had this support, the now formally homeless man left to rent his own house a few months ago. ‘I guess then, what we’re asking is, can you find someone else who is in need of the shelter, support, and love we can offer?'”

The other project was far less positive.

“I was asked by a student if I could help her earn the money she needed for her tuition fees by finding trustworthy men who’d be willing to pay for her ‘company,'” TFHG said. “Whilst I knew these kind of men are rarely blessed with the honesty attribute, it wasn’t that I felt I couldn’t help, it was, obviously, that it was illegal to do so and that morally this was absolutely not in my remit.”

He turned down the request and documented the case on the blog, in a hopeful effort to dissuade other readers from turning to prostitution.

Such requests represent a potential challenge for TFHG: how does he respond to the fact that he simply will not be able to help everyone who contacts him?

For starters, he has considered fighting the massive number of requests by sharing the project with other “Free Help Guys” or “Free Help Girls” on the Internet who would be willing to work alongside him. He would also be interested in “connecting brands and corporate social responsibility strategies to certain requests … [to] create some support structure which is greater than the sum of its parts.”

Unfortunately, such measures only solve part of the “can’t help everyone” problem.

“The bit that hurts is that many have needs that are simply outside my responsibility on a professional level,” he admitted. “I’ve had a multitude of teenagers suffering from self-harming, anorexia, and depression, who reach out with an deeply saddening sense of helplessness. Some of these stories have left me on my sofa in tears whilst my girlfriend sits the other side of the room assuming I’m watching Forrest Gump again.”

Fortunately, he is not letting such obstacles keep him from his six-month-long goal of helping as many people as he can. Aside from the benefits to his clientele, the project has also provided unexpected personal insights to the Free Help Guy himself.

“It’s developing into a fascinating personal journey,” he admitted. “Being exposed like this to so many empathetic scenarios has already changed me. … This human emotion of empathy is one that properly inspires and drives me, like it does for so most of us deep-down.”

In addition to the blog itself, TFHG has maintained a presence on both Twitter and Facebook to reach even more people.

Photo via The Free Help Guy