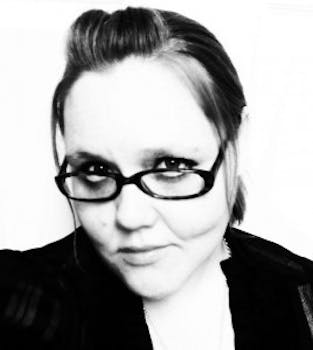 Who is Chelsea Hoffman and why is everyone mad at her?

“Why is Chelsea Hoffman so Angry?” a member of Westboro Baptist Church once wrote. Crime Library decided to find out.

When I found Chelsea Hoffman on Twitter, she was in the middle of a fight. In no uncertain terms, Chelsea was tearing some poor girl apart, telling her to “check out the tapeworm diet” and making other very mean, albeit creative, jabs at her appearance. I never quite got to the bottom of what that squabble was about, but that’s not the important part. What surprised me was that when I, from behind the Crime Library Twitter account, asked her what her deal was, several people immediately replied, linking me to other evidence of Chelsea’s mean streak. Chelsea herself explained that she gets angry sometimes and quickly deleted those tweets.

If you like to read about crime, and presumably you do, you’ve probably read some of Chelsea Hoffman’s work. She’s incredibly prolific on Gather, Examiner, HuffPo Blog and her own blog, Chelsea Hoffman: Case to Case. She follows nearly every missing persons case that hits the headlines, and a hefty portion of the murders. On her website, she calls herself a “crime analyst & profiler,” but doesn’t deny that this title is entirely self-styled–Chelsea is currently working on a criminology degree. Her work as an armchair criminologist–and her no-holds-barred mouthiness–has garnered Chelsea an impressive hate brigade which includes the Westboro Baptist Church, whose very own Margie Phelps wrote a diatribe on Gather titled “Why is Chelsea Hoffman so Angry?” There’s also a blog called Down With Chelsea Hoffman, which painstakingly keeps track of every offensive thing she’s ever said. A look through the blog painted a portrait of a woman so defensive, so scrappy, that when I asked her to talk, part of me expected to be flipped the bird.

On the phone, Chelsea was very pleasant. She’s passionate about her work and was eager to discuss it. First, I wanted to address the constant flame war she seems to be embroiled in, and Chelsea didn’t object. “I’m a work in progress,” she said, “But I still stand by some of the mean things I’ve said.”

Many of those mean things were said to the family of Dana Marie Woods, an 18-year-old South Carolina woman, who along with her friend June Guerry, was found dead of a gunshot wound this summer. The Down With Chelsea blog was created by a woman who says she’s connected to the case. Dana’s family asked Chelsea to take down her posts about Dana’s murder, which include a fair bit of speculation, and Chelsea refused. The family got angry, and venomous words were exchanged on Facebook. At one point, Chelsea lashed out and said something that’s sure to follow her around the internet forever: “So I heard your daughter liked taking loads to the face.” That one, Chelsea wants to clarify, was not addressed at Dana, even if that’s what the blog would have you believe. Though she appears insensitive, Chelsea isn’t oblivious to grief: “I don’t think her family hates me as much as they hate that Dana and June are gone” she said, “they want to blame someone and hate someone, because whether anyone wants to admit it — hate can feel therapeutic.”

Because she’s self-taught, Chelsea learns as she goes along and isn’t afraid to own up to mistakes. When, much to the delight of the anti-Chelsea camp, she was suspended from Gather for a week for not using “allegedly” when discussing persons charged with crimes, Chelsea didn’t attack Gather. Instead, she calmly promised her readers that she’d improve. And she’s working on taming her fiery personality as well: Chelsea told me, and subsequently announced on Facebook, that she’s “turning over a new leaf” and trying to be more friendly. Being more friendly, however, doesn’t mean being passive. “I’m no pushover,” she said. “I’ll still stand up and defend my position. I just know I have a tendency to say things in the heat of the moment, and I’m working on that.”

Chelsea is very busy–she’s one of the rare writers who actually make a living on Gather and Examiner–and fielding hate mail can be time consuming. Instead, she’s focusing on following cases and offering her perspective. “Speculation is natural, we all do it,” she said. “It’s important for me to speculate on crimes because it gets new ideas out there about what may have happened. And sometimes, I’m right.” In August, Chelsea correctly predicted that the cause of death in the case of pregnant mom Deanna Ballman would be ruled a drug overdose. Ballman’s body was found in the back seat of her car on the shoulder of an Ohio road. The healthy, wholesome mom didn’t fit the profile of a drug user, and Chelsea mused that someone else had drugged her to make it look like a suicide. In September, local news reported that authorities were investigating a doctor who may be connected to Ballman’s death.

Chelsea also offers help to families of missing persons or murder victims who seek help outside of law enforcement. On her website, she writes, “If you’re someone who is missing a loved one or your loved one is the victim of an unsolved homicide, I would love to be of assistance to you.” People looking for answers have reached out to Chelsea, who’s always willing to offer her insight. She doesn’t charge for her work: “I don’t believe anyone should be profiting off of victims.” This is one of the reasons, she says, why she’d prefer to remain her own strain of freelance “criminal investigative analyst” instead of joining up with a government agency. One of Chelsea’s specialties is cold cases, many of which have long since slipped out of the public eye: “Families of missing persons have thanked me for bringing attention back to their case.” By asking questions and exploring possibilities, Chelsea’s articles attract dozens of reader comments, nudging forgotten-about mysteries back to the forefront of true crime conversation.

In her bio, Chelsea mentions her rough and tumble beginnings as one of the things that give her a keen eye when it comes to crime: “She came from hopeless beginnings with a father who couldn’t stay out of prison in small town environments that only bred that bad-girl personality. Her brief life of crime exposed her to a frightening variety of individuals in the dark underbelly of society, from thieves and drug addicts to sex offenders and murderers.” As for where she’s going next, Chelsea says she plans to rack up a few degrees–”I think I’m going to be in school for the rest of my life”–and keep on writing, analyzing and helping the families of victims, hopefully with fewer altercations.