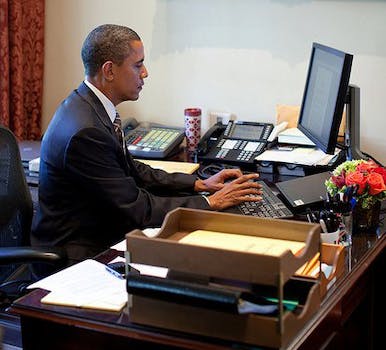 The White House has released its Intellectual Property Report. While it comes out annually, this is the first since the Internet rallied against the Stop Online Piracy Act (SOPA) and Protect IP Act (PIPA).

A popular way to view copyright legislation is that it’s opposed by two competing sides: by Internet rights activists on one hand and lobbying groups like the Motion Picture Association of America, which cosponsored SOPA, on the other. In this view, the government is stuck in the middle.

From the White House’s perspective, though, copyright enforcement of online materials is just one part in a more general effort to protect American intellectual property efforts abroad. The 2012 report stressed multiple victories on this front, including disruptions of counterfeit online pharmacies and operations that sell unlicensed American clothing.

Here’s one interesting provision in the study’s announcement:

“U.S. Government is for the first time conducting an economic analysis … working with chief economists across the Federal government, to identify the industries that most intensively produce intellectual property and to measure the importance of those industries to the U.S. economy.”

If that’s actually true, those who fear that overzealous copyright protection infringes on Internet users’ rights have cause to be optimistic. It’s a complicated subject, but multiple studies have shown that the music and movie industries generally don’t lose money directly due to piracy.

The White House notably spoke out against SOPA after receiving a 50,000-signature petition against it. While its statement was vague, it did stress that SOPA-like legislation should explicitly only target copyright violators abroad.

However, this recent report praised American involvement with the Anti-Counterfeit Trade Act, calling it “a considerable improvement in international trade norms.”

ACTA has been criticized as infringing on Internet users’ rights in ways similar to SOPA.

To its credit, the report stressed that it’s still against SOPA and similar legislation for the same reasons most people were.

“The Administration will not support legislation that reduces freedom of expression, increases cybersecurity risk (including authority to tamper with the DNS system), or undermines the dynamic, innovative global Internet,” the report said.