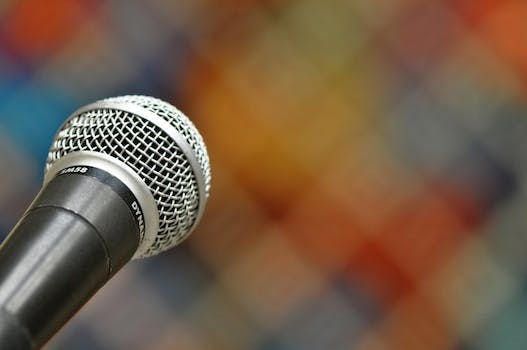 Silencing dissent only has the opposite effect.

Raif Badawi was sentenced to 1,000 lashes in Saudi Arabia for blogging deemed offensive by the government. In France, scores of people are being arrested over publishing content that the government contends violates its hate speech laws, including comedian Dieudonne M’bala M’bala. Across the world, there’s a global war on free speech, but the offending parties can’t seem to learn that you can’t stop the signal. If you shut it down in one place, it pops up in another, more vibrant and assertive than ever before.

Fighting political speech with arrests, takedown notices, and intimidation is like fighting a grease fire with water. Angry voices may briefly recoil, but they’ll bounce back angrier than ever.

Saudi blogger Raid Badawi was first imprisoned in 2012 for “insulting Islam” and re-sentenced last year to more prison time and a brutal 1,000 lashes to be administered over 20 weeks. His wife, exiled in Canada along with his children, warns that he may not survive the repeated beatings. His website, Free Saudi Liberals, challenged the religious police and suggested that religious politics had gained too much control in the conservative Middle Eastern nation. He isn’t wrong: Saudi Arabia still radically restricts women’s rights, limits religious freedom, retains capital punishment for homosexuality, brutally punishes critics, and is listed as one of the most repressive governments in the world.

Badawi and bloggers like him are speaking out at great personal risk. He originally faced the death penalty for apostasy before a downgrade in his charges. Their determination to comment reflects a wind of change in Saudi Arabia that may be unstoppable.

2) Grass-mud horses and other wordplay

English speakers may relish puns, but Chinese speakers have refined them to an art form, and they are part of the nation’s culture and heritage. The language includes a huge range of homophonic puns that aren’t just fun to mess around with; they can also be used in biting political commentaries. This is precisely why critics of the Chinese government started using them to make subtle points when they were barred from speaking out directly.

When the government caught on, it attempted to suppress punny commentary by taking it down from servers and punishing distributors before it finally went for the jugular. The government tried to ban the use of puns across China last year, which is both unfeasible and bizarre. The government’s attempt at maintaining a stranglehold on its citizens is a striking reminder of a series of human rights abuses, including repeated imprisonments for Ai Weiwei and other artists as well as a recent ban on burqas in Urumqi, which hosts the nation’s largest Muslim population.

But the punishment backfired. Instead, subversive language just got sneakier, with punsters staying one step ahead of attempted blacklists. In a country where people are used to Internet stoppages, content takedowns, and other attempts to silence their speech, puns spread like wildfire and they’re impossible to put out. China’s suppressive efforts may spark a revolution the nation can’t contain.

While Twitter doesn’t officially sanction shutdowns anywhere in the world, that hasn’t stopped global governments from trying. In Iran, activists flooded to Twitter, then a relatively new service, after the government tried to shut down other communication networks like mobile phone systems to suppress election protects in 2009. It marked a turning point for social media, when the “Twitter revolution” showed that people can meaningfully organize across the service.

The government learned its lesson. Iran is now one of the few nations in which Twitter is blocked altogether. In a nation that seems to be struggling with its national consciousness and future direction, though, that may be a bad idea. That’s illustrated by the very position of Twitter in Iran. It’s officially blocked, but the country’s leading officials use it—and Instagram—to post about the government and their day-to-day lives, engaging in the very activities they want to deny to their citizens. Having an outlet on a platform that isn’t yanked away from them might benefit Iranians in the long term—and without legal access to Twitter, Iran’s activists still seem to be doing just fine.

This Bahrani human rights activist was arrested and beaten on multiple occasions for her activism during the Arab Spring, when uprisings across the Middle East reshaped the region forever. She relied heavily on a variety of media, including the Internet and personal appearances, to spread the word about political change, protest, and activism even when Western media dodged the issue. She also became a very public face of the revolution in Bahrain for the rest of the world by tweeting in English to make her commentary more accessible, ensuring that the message wouldn’t be limited to Arabic readers.

She’s currently serving a three-year sentence for tearing up a picture of King Hamad. While the government of Bahrain may have been attempting to slow or stop the Arab Spring within its own borders by suppressing critics like al-Khawaja, it had just the opposite effect, creating even more sympathy for the commentator and activist.

Bahrain wasn’t the only country to make similar mistakes during the Arab Spring, erroneously believing that silencing a single tweeter, blogger, or protester would make the larger problem go away. As nations like Egypt learned to their detriment, the issue was much larger than lone individuals, and it couldn’t be taken apart even brick by brick. Today, activism is stronger than ever in the region, in part because people who hadn’t been politicized were moved to action after seeing how women like Al-Khawaja were treated. Bahrain has created a new generation of activists in a silencing strategy that did not, to say the last, go well.

The controversial French comedian was arrested this week for making a Facebook comment to the effect that he was “Charlie Coulibaly,” making a mashup of one of the Charlie Hebdo shooters and the magazine’s name. French authorities claim he was “promoting terrorism,” which is banned under the nation’s somewhat complicated free speech laws. He’s arguing something else. “You consider me like Amedy Coulibaly when I am not any different from Charlie,” he after his arrest, and the comment was strikingly accurate.

French authorities may have hoped that by arresting him and over 50 other people on hate speech violations, they’d control growing unrest in the nation. As it turned out, that wasn’t the case. His arrest has sparked global outrage and commentary from people who are puzzled by a nation that can hold a free speech march on one day and arrest someone for speaking his mind the next. Neither terrorist nor government can put the kibosh on free speech; a new edition of Charlie Hebdo is out, and French Muslims are standing up for themselves.

The well-known Vietnamese writer was detained in December after he made critical comments about the government on his personal website. Author of several books including The Little Heart, he was an outspoken political commentator and critic, and now, he’s one among nearly 40 bloggers who have been imprisoned for their frank commentary. His arrest took place within the context of a “crackdown on dissent,” as the BBC puts it, but it might not have been the most effective of moves.

Already, the case is attracting international attention. As a published author and subject of discussion in the Vietnamese media, Lap is also known overseas, unlike many other critics imprisoned in Vietnam. By arresting a high-profile public figure, the government may have accomplished the effective opposite of its goal. Rather than creating an object lesson to encourage ordinary Vietnamese people to remain silent about social and political issues, they may have created a martyr and rallying point for protests.

Violations of free speech rights are often cast as a problem that occurs elsewhere in the world. Yet, there’s a powerful example from the United States, when journalists from multiple news agencies were attacked while trying to cover the Ferguson, Mo., protests last year. In a country where the freedom of the press is said to be prized, journalists were trapped in a “media pen,” teargassed, attacked, and, in some cases, arrested. Ferguson police may have thought that they’d get away with it, but just the opposite happened.

Thanks to the constant realtime coverage via social media, networks activated quickly to spread the news and cry for justice for the arrested journalists. Rather than silencing members of the media, the police department actually amplified their voices, leading many news outlets to cover the story as they seethed with rage about the infringement on free speech rights for their colleagues.

Anywhere on Earth, anger is anger, and political protest will prevail even if individual voices are silenced, temporarily or not. The power, and imperative, to speak freely is illustrated by the fact that even in nations where free speech is not protected, citizens still find workarounds. Repressive regimes would be well advised to consider a different method for dealing with their people—like listening to them.