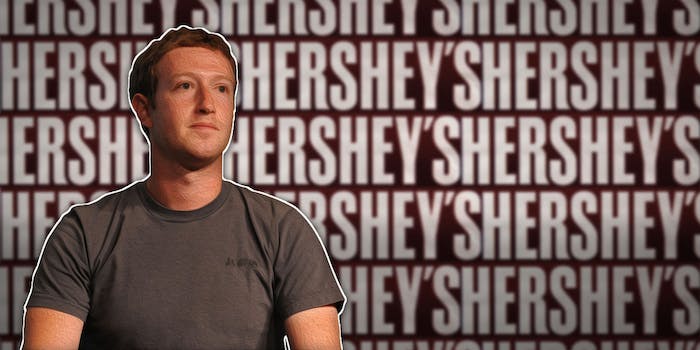 There are some important lessons for the current generation of ‘philanthrocapitalists.’

The announcement last week by Mark Zuckerberg and his wife Priscilla Chan that they’d be giving away 99 percent of their Facebook shares—valued at $45 billion—certainly turned a few heads. The gift would make the couple some of the most philanthropic and charitable human beings on the planet, joining fellow billionaires Bill and Melinda Gates and Warren Buffett in pledging to give away most of their personal wealth. But with the new gift came significant skepticism, with critics citing the structure of the new charity as a possible tax dodge and Zuckerberg’s stodgy history with charitable donations, including his $100 million pledge to help fix the Newark, New Jersey, school system.

Chief among the projects of the newly-formed Chan Zuckerberg Initiative is likely to be the previously announced Primary School, a private K-12 school for underprivileged children that will provide housing, clothing, medical care, and college prep. To me, this sounded more than vaguely familiar—I’m a graduate of Milton Hershey School, a K-12 boarding school started by the titular chocolate magnate that provides housing, clothing, medical care, and college prep.

MHS sits on 10,000 acres of rural land in Hershey, Pennsylvania, the town itself a fulfillment of Hershey’s utopian dream of a company town that both provides for and lives off of the people of the town. Hershey founded the school in 1909 after being inspired by his wife Catherine “Kitty” Hershey who, unable to bear children, urged the magnate to turn his farmland into a boy’s school. What was then a $30 million endowment from Hershey himself has ballooned into $10 billion school serving over a thousand students.

Within the history and current status of MHS are important lessons for Zuckerberg and many other kin from the current generation of “philanthrocapitalists.” The school’s successes are numerous—it’s longevity as a unique and beloved charitable institution has allowed the school to provide innumerable resources to thousands of children over its history. But even in its stumbles and mistakes, which have rightfully invited criticism, Zuckerberg and Chan need to find how to best be rich while giving to the poor.

Take the very structure of the charity. Milton Hershey dedicated his endowment to The Hershey Deed of Trust, ruled by a detailed document instituting strict standards for the governance of both the school and the money which makes it possible. In comparison, the Chan Zuckerberg Chan Initiative is a LLC, leaving the couple or future leaders to engage in for-profit ventures or political lobbying.

The Deed of Trust is a romantic idea, but not one that has always panned out for MHS. For one, the trust has been altered no less than 14 times since Hershey’s death in 1949, according to Protect Hershey Children, a group of MHS alumni looking to preserve the dream of MHS. Most of these alterations are for property purposes, leasing land and expanding the borders of the school campus. Others are necessary modernizations to school rules–such as allowing ethnic minorities in 1968 and girls in 1976.

Aside from that, the school is often criticized for providing too much for too little and the school board has been the subject of numerous investigations by the Pennsylvania Attorney General. In 2005, for example, the board of directors raised eyebrows after the purchase and renovation of a luxury golf course supposedly to create a “barrier” between the local community and the school. A recent book by The Philadelphia Inquirer reporter Bob Fernandez titled “The Chocolate Trust” alleges the 10-person board has pilfered the school in real estate deals and maximized efficiency in their own interests rather than that of the students.

Fernandez takes the blame all the way back to Milton Hershey himself, who “never put any advocates for poor children onto the board so there would be oversight for actual beneficiaries,” Fernandez told Pennlive, “and few if any educational experts are on the Board today.” Philanthropy scholar Pablo Eisenberg agrees, decrying the board’s lack of “a specialist in residential child care, pedagogy, or the needs of young people who have faced serious challenges.”

Zuckerberg and Chan would do well to study up on such a scandal. Like Hershey, the Silicon Valley couple hopes to use their enormous wealth to engage directly with children. In their open letter to their newborn daughter, they praise “working with the strongest leaders in education to help schools around the world adopt personalized learning.” With investment in technologies focused on spreading education, writes the couple, “we can lift hundreds of millions of people out of poverty. We can also help hundreds of millions of children get an education and save millions of lives by helping people avoid disease.”

These dreams are obviously more global than Hershey’s, and all the more reason the structure of the LLC should be all the more concerning. The Chan Zuckerberg Initiative will have untold power and freedom to direct its focus as it pleases, with unlimited resources and few restrictions of a traditional nonprofit. Zuckerberg and his wife might have the best of intentions, but like Milton Hershey, could find their own dream spoiled by future leaders.

Zuckerberg, at 31, certainly shouldn’t expect to be forced to leave the Initiative under the care of someone he does not know. But given its structure, it worrisome the LLC will be run by corporate interests or simply corporate people less interested in renovating worldwide education than Zuckerberg or Chan. Zuckerberg has defended the structure by saying it “enables us to pursue our mission by funding non-profit organizations, making private investments and participating in policy debates—in each case with the goal of generating a positive impact in areas of great need.”

Bob Fernandez is right—the current pilfering on MHS and Hershey’s Deed of Trust is a consequence of Hershey, a proud capitalist, not planning for a future wherein his own watchful eye cannot keep his business buddies on the Board in line. Zuckerberg may find himself surrounded by good friends who believe in his philosophy—be it Chan or fellow Silicon Valley magnate Sean Parker. But, as Milton Hershey is learning from the grave, such immense wealth deserves the proper protections if it’s to fulfill the dreams of its original owner.