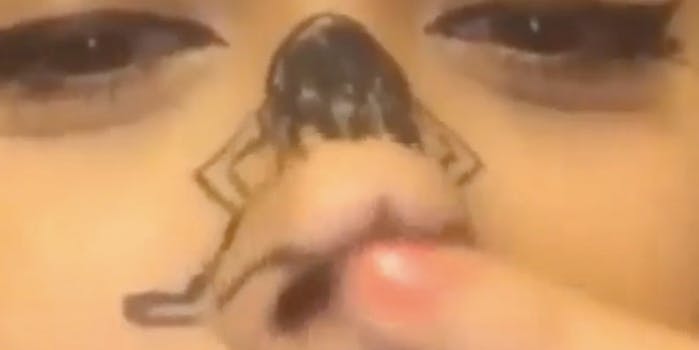 Thankfully, this nation has a virtually constant supply of teenagers to modify, improve, and resurrect our played-out fads. The kids are going to save twerking. How? By doing it with their noses.

All you need is a pen, a friend with some artistic talent, a great soundtrack, and no embarrassment whatsoever about your nostrils.

With the first of these videos racking up nearly 50 million views on Facebook, it’s safe to say that nosetwerking is now a #trend. Do try to enjoy it for the 15 seconds or so that it lasts.