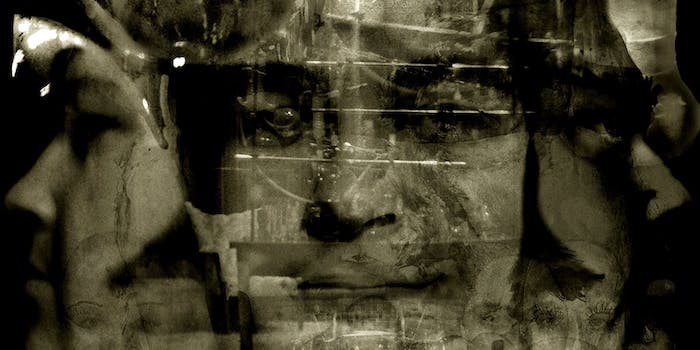 What I learned from tweeting with a black woman’s avatar

#RaceSwapExp allowed me to experience a little bit of what women of color deal with 24/7/365 in all online spaces.

Two weeks ago, after writer and activist Suey Park sparked a wave of protest and dude-bro angst with her response to The Colbert Report’s racist tweet, I heeded Suey’s call and began to tweet about why Colbert’s work did not qualify as satire, did nothing to improve the lived experiences of people of color and was often racist and transmisogynist.

Some of my tweets were included in the first half dozen or so pieces about the trending hashtag and the conversation it ignited. For me, the experience was thought provoking and empowering; it was also rather easy.

How? I was tweeting as a white man. Everything I said was accepted, supported, re-tweeted or (at worst) ignored.

That was in stark contrast to the countless rape/death threats leveled at Suey and many other women. Not to mention the myriad bro-pundits—Huffington Post’s Josh Zepps and Slate’s Dave Weigel are obvious examples—desperate to derail and silence Park by calling her opinions “stupid” and using phrases like “weaponized hashtags.” This flurry of dude-bro logic and mansplaining led to something unexpected in my timeline, as many women of color and black women began to switch their avatars to those of white men.

The result? A dramatic decrease in the number of trolls and the severity of said trolls. Fed-Up Hipster wrote a great piece about why she’s had a bearded white hipster’s avi since last fall.

Mikki Kendall—who launched #SolidarityIsForWhiteWomen, among others—inspired other women of color and black women to offer up photographs of themselves for white people who wanted to participate in #RaceSwapExp for the week. Shortly thereafter, I expressed my interest in participating and Feminista Jones was gracious enough to allow me to use a picture of her for the next five days.

I’ll admit I was hesitant: How would people respond? Would the content of my tweets change or be received differently? The basic requirement for #RaceSwapExp was that you couldn’t change how or what you tweeted—and you had to obtain permission from the person whose avatar you used. I learned a few lessons about white supremacy and misogyny while tweeting as “Christine” with a picture of Feminista Jones as my avi.

1. My follower count went up by about 65. The vast majority of these were social justice-minded people; many (not all) were women of color. I’m not complaining. In fact, I’m thrilled.

2. My troll count went from a handful per week to many more, overnight. I was blocking/reporting around 15 to 25 of them per day. Many were eggs, some were white liberals, some were right-wingers and others were just dudes of unknown political origin.

3. The level of hateful tweets went from zero to off the charts. With many of these trolls, I would respond once and then block them, or just block them. One such troll, @vincentBrook666, tweeted the following to me in all caps.

“@vincentBrook666: @christocarbone CRY A FUCKING RIVER ADN GET LYNCHED YOU DIRTY FUCKING NIGGER” why are you so mad?

@christocarbone HOW ABOUT YOU GO GET HUNG YOU FUCKING NIGGER.

That type of language was fairly typical and nothing like I had ever experienced before. I was simultaneously horrified and not surprised. Though this language makes you feel uncomfortable (as it should), people are spoken to this way on a daily basis.

4. I didn’t change the tone or content of my tweets; however, I did tell at least one troll to jump off a cliff. I called another troll “white boy,” which in hindsight was probably provocative. I was very frustrated. Would I have tweeted that with my regular avatar? I believe so. I’d called out Dave Weigel’s ahistorical and white dude-bro coverage of #CancelColbert—with my regular avi—and he responded by blocking me. Were both of my responses perceived differently with a black woman’s avi? Definitely. Is this perception because of racist assumptions about black women and women of color? Of course.

5. Before switching my avatar, I’d been labeled a white hipster and called a faggot. One troll said that I was only defending women of color because I wanted to sleep with them. Because it’s somehow impossible for a man to just respect the humanity of black women?

6. The mansplaining came from all directions—self-proclaimed liberals, far-right conservatives and libertarians. A gay white journalist who I know in real life explained that I don’t understand satire.

For me, #RaceSwapExp was eye-opening because it allowed me, for one week, to experience a little bit of what black women and women of color deal with 24/7/365 in all online spaces: endless trolling, racist and misogynistic hate, tactics that silence and derail, demeaning assaults on their humanity.

Even so, no matter what happened to me, it was just an experiment. I was (and am) privileged. I knew that in a few days I could go back to the safety of my regular avi. For the brilliant women of color that I follow, that’s not an option.

If nothing else, this experience has given a new urgency to my personal resolve: I will work to dismantle white supremacy, decenter whiteness and center the voices of black people in my work and my life.

This article was originally published on Thought Catalog and reposted with permission. Christopher Carbone is a writer. His work has been published by The Clarion, Slate and The Guardian. You can follow him @ChristoCarbone.