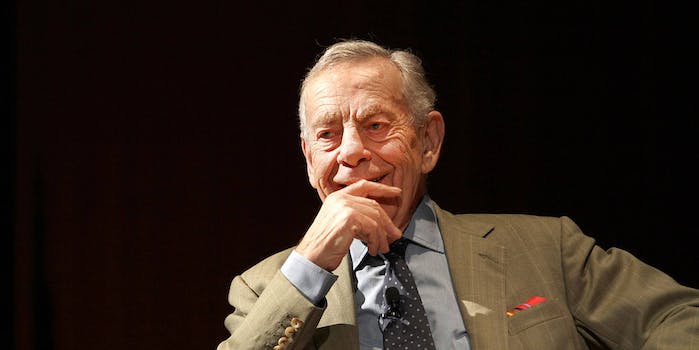 Here’s what drives our obsession with celebrity deaths

Funerals are for the living.

We’ve all done it. Scanning the trending topics on Twitter or Facebook, you see a public figure has made the list and immediately assume they’ve passed away. It happened to Morley Safer this week, when the octogenarian TV journalist began trending after announcing his retirement from 60 Minutes.

I saw Morley Safer trending and just assumed he had died

TIME magazine once dubbed it “Twitter Death,” the virtual death some celebrities experience when the (false) news of their departure spreads faster than the facts can catch. These are different from the explicit hoaxes which plague many a celebrity, usually spread by pranksters. Twitter Death is brought on by the rush of users and news outlets to publish, remark upon, and utilize the death of a public figure. Our collective desire to mourn often surpasses the pace at which someone’s actual death can be verified.

And it’s not just your imagination. 2016 has already been a rough year for deaths of beloved public personas. And with each one—David Bowie, Alan Rickman, Prince—fans and journalists alike unleashed a flood of stories, anecdotes, quotes, videos, song lyrics, photo shoots, tributes, listicles, think pieces, and all manner of digital ephemera to feed our insatiable desire to not just process the loss of a celebrity but also make it our own. What that creates is effectively a “Celebrity Death Complex.”

It’s not often we get to relate personally with news stories. Unless you’re an unabashed news junkie like myself, it’s probably hard to find emotional investment in many news stories, even if you recognize their general importance to the world at large.

We relish any opportunity to feel a part of something larger than ourselves.

The death of an icon like Prince was an opportunity to relive our love of his music, and for many of us, our youth. The tragic passing of Robin Williams was a chance to revisit his comedy and make us laugh again. We relish any opportunity to feel a part of something larger than ourselves—be it through loathing or adoration—and leap at celebrity deaths in order to fulfill that need, even if the news of their demise has been greatly exaggerated.

Feeding this need is a news media eager and happy to help you connect with your loss to their own benefit. Celebrity deaths typically take little resources to cover, happen at any moment, and yet generate massive traffic. Here’s “13 Magnificent Roles To Remember Alan Rickman’s Career By,” Vulture’s tag devoted to the remembrance of David Bowie, and my own history of Prince’s battle against music piracy and streaming services. The need to quickly respond to celebrity deaths leads many news outlets to have pre-written obituaries ready to publish at a moment’s notice. The Associated Press supposedly has thousands locked and loaded.

It’s is a matter of necessity more than anything else—the suddenness of death means newsrooms might struggle to strike the right tone while still running the story in a timely manner. The first draft of that Prince piece was ready mere hours after news of his death was announced, but it was given a 24-hour editorial treatment during which new facts were uncovered and themes were molded. As Trigger Coroneos notes on Savingcountrymusic.com, media outlets likely find themselves stuck between touching tributes and cynical exploitation because “many of these decisions must be made on the fly, and in the new media environment where the rules of the road as [sic] still being determined.”

Perhaps the worst treatment of a celebrity death came after the demise of Michael Jackson in 2009. In the same way the media felt comfortable tearing open his life while he was alive, they ate into his death for weeks. An analysis by the Global Language Monitor found Jackson’s death surpassed that of Pope John Paul II in terms of news coverage and went on to become one of the most widely covered news stories of the 21st century.

Not all public expressions of grief are cheap cash-ins.

And that pressure to react to death is no longer limited to the media. Everyday social media users jump on the bandwagon, commenting on the loss of someone famous, further keeping the topic of their demise at or near the top of trending charts, which in turn keeps it in the realm of newsworthiness. It’s a cycle fueled by our desire to connect with the world at large that itself fuels the demand for page views by websites and content farms.

Which is not to say there is no valid way to mourn online—not all public expressions of grief are cheap cash-ins. The death of a public figure one might not have known personally can still have a deep impact on their followers and fans. But funerals, as John Green once wrote, are for the living.

We can honor (or deride) the dead in any way we see fit, but the manner in which we do so is more a reflection of ourselves than any meaningful attempt to mourn a life lost.